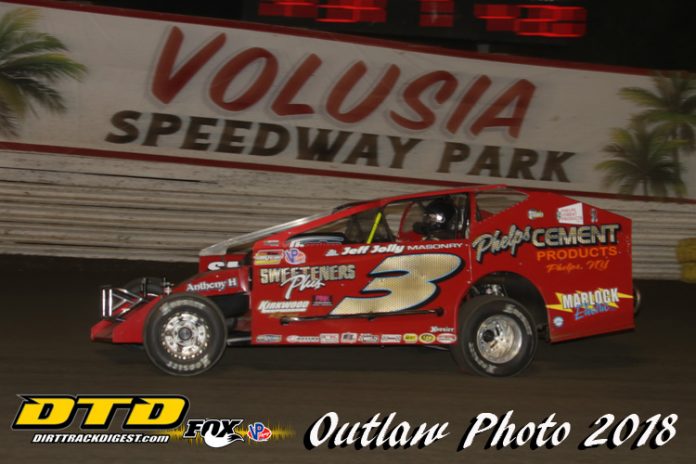 The hot shoe out of Phelps, New York, Justin Haers, is excited to welcome Honeoye Auto Parts aboard his Big Block Modified team.

“Doug Dulen has been around racing for as long as I can remember,” Haers said. “I’m excited for this opportunity to have him and his business be a part of the team.”

Owner of Honeoye Auto Parts, Doug Dulen, has kept a close eye on Haers for quite some time.

“He gave us a call and said he liked our performances the last number of years and liked the way we present ourselves as a team and wanted to know if we’d be interested in having him as part of the team,” Haers said.


Most may recognize the renowned business for being on the side of several Big Block Modified’s in years past.

“I got involved in racing back in 1988,” Dulen said. “I used to have cars and sponsor cars when I first started out. We had Gary Tomkins, Danny Johnson, Alan Johnson, several different drivers.”

After a brief break from racing, Dulen is excited to be back in the full swing of things.

“We still help Billy Decker on the Super DIRTcar Series, but I wanted a strong presence at Canandaigua,” noted Dulen. “I’ve always had a good report with Justin, especially with his parents. We’ve always gotten along really well so I thought he would be a really good fit.”

“It’ll be nice to go to the track and watch one of your cars go around,” Dulen said. “We’ll also be sponsoring the race on July 5th when the Super DIRTcar Series come to town.”

“We plan on running Saturday nights at Land of Legends Raceway, Weedsport Speedway’s special shows, all of the close Super DIRTcar Series races, and the big races at the end of the year.”

Haers is excited to welcome Honeoye Auto Parts to the Big Block Modified No.3 team and is pleased to continue his partnership into 2018 with Phelps Cement Products, Sweeteners Plus, SMV Motorsports, Anthony H., Jeff Jolly Masonry, and Bicknell Racing Products.