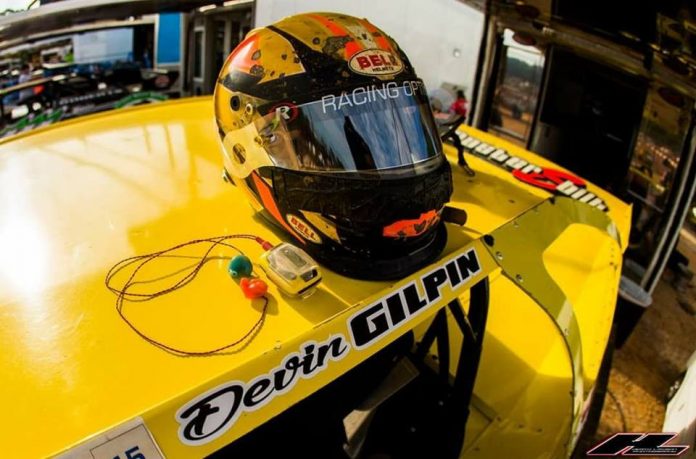 COLUMBUS, IN – As the Performance Racing Industry (PRI) trade show gets underway today in nearby Indianapolis, Indiana, Devin Gilpin would like to announce that he will be returning behind the wheel of the #1G entry for Jim Beeman Motorsports in 2019! The combination was strong and steady throughout the 2018 campaign, as Devin was able to claim the Super Late Model Track Championship at both the hallowed high-banks of Eldora Speedway in Rossburg, Ohio and the legendary Brownstown Speedway in Brownstown, Indiana. Their biggest win of the year came back on April 21 at Florence Speedway in Union, Kentucky, as they captured the $5,000 windfall in a Schaeffer’s Oil Spring Nationals Series contest.

“I am really excited for 2019 to get here and to be driving once again for Jim (Beeman),” exclaimed Gilpin, who reached victory lane on thirteen different occasions last season in both Super Late Model and Open Wheel Modified action. “Jim has great equipment and we are adding a brand-new MasterSbilt racecar to the arsenal this off-season. We started off real strong last spring with several special event wins and then closed out the year by leading a bunch of the World 100 at Eldora before winding up sixth. The plan is to start in Georgia and Florida during Speedweeks, so hopefully we can get off to a fast start against some great competition and build on things from there!”

As it currently stands, Jim Beeman Motorsports will lift the lid to their 2019 season in Lucas Oil Late Model Dirt Series competition in the southern states of Georgia and Florida. Devin will enter all nine series events at Golden Isles Speedway near Brunswick, Georgia, East Bay Raceway Park in Gibsonton, Florida, and Bubba Raceway Park in Ocala, Florida from February 1-10. As he was last year when he drove for Jim Beeman, the Columbus, Indiana ace will be armed with potent MasterSbilt racecars and ground-pounding Jay Dickens powerplants.