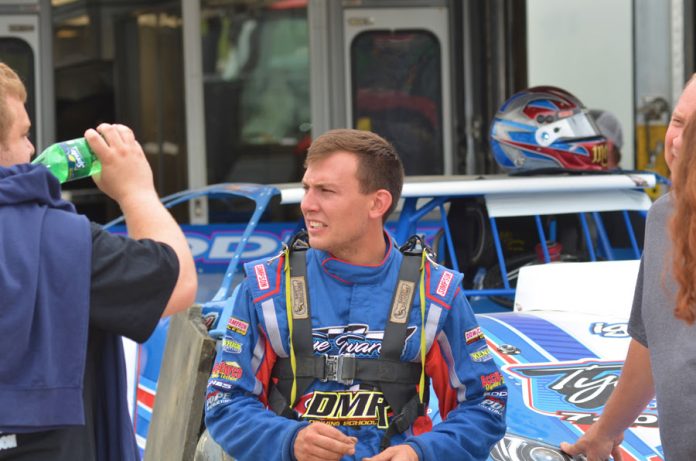 DRESDEN, OH – On the heels of a very successful 2018 racing season which saw Devin Moran pilot the Tye Twarog-backed #9 machine to four feature victories and a fourth place finish in the final version of the World of Outlaws Craftsman Late Model Series point standings, both parties announced today that they will run a partial schedule together during the upcoming 2019 campaign. In fact, the ’19 season will be the final year that Tye will field a Super Late Model team. After seventeen seasons as a car owner in some fashion and three straight years of fielding a car on the competitive WOOLMS tour, Tye will scale back his operation in 2019 before calling it quits.

“I really feel like this is the right time to scale back and eventually get away from owning a car following the 2019 season,” stated Twarog recently in a telephone conversation. “I’ve been doing this for a long time now and the last three years have been on a national level running with the World of Outlaws Craftsman Late Model Series. The decision doesn’t really have anything to do with money at all, it’s just time for me to relax some more and spend time with my family. Devin (Moran) and I will run a partial schedule together next year and I am really looking forward to having some fun with him just trying to win big races – not chasing any points!”

As it currently stands, Devin and Tye Twarog Racing (TTR) plan on putting together around a twenty (20) night schedule for the 2019 racing season. Keith Berner, of Accu-Force Dynos & Testers and a former driver himself, will house the #9 machine at his Millersburg, Ohio race shop next year and will serve as the team’s crew chief. Tentatively, TTR will open up 2019 from February 11-16 in the annual running of the ‘DIRTcar Nationals’ at Volusia Speedway Park in Barberville, Florida.

“First off, I have to thank Tye (Twarog) and his family – Heather & Braxton – for the last two years,” quoted Dresden, Ohio ace Devin Moran today. “They didn’t have to take a chance and team up with us, but they did and we were able to have a lot of success the last couple of seasons together. They are really good friends with me and my entire family and we still have a great relationship at and away from the racetrack. I have another opportunity that I’m going to pursue for the 2019 season, which will be announced very soon, but it is special to me that I will still be able to race with Tye about twenty nights next year. I feel like as good as we ran last year – especially the second part of the season – that we have some big races left to win together!”