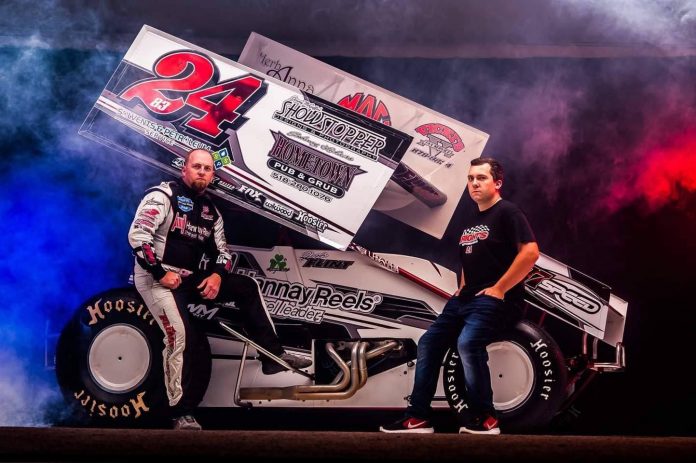 GUILDERLAND, NY – Two families that have long histories in auto racing are looking to make some history of their own this season. Car owner, Brandon Wright and driver, Josh Flint are pleased to announce that they will be teaming up for five races this season on the CRSA tour. The team will make their debut at the Track of Champions, Fonda Speedway, on Saturday, July 27th. They also plan on racing at Glen Ridge (7/28), Albany-Saratoga Speedway (8/9), Fonda Speedway (9/14) and the Afton Motorsports Park (10/11). Both owner and driver are very excited about this new venture together.

“I knew Josh, knew his family, we used to go to him to ask advice and thought this would be a good pairing,” states fourth generation car owner Wright. “I knew that Josh was familiar with the X-1 chassis and worked well with chassis dealer and fellow sprint car driver, Jason Barney.” Wright knew that he wanted Flint to drive for him and instead of talking to him over the phone; he drove almost an hour out to Flint’s shop in Cherry Valley, NY to talk to him in person.

“This really came at an opportune time for me”, stated second generation driver Flint. “We broke the rear on my 305 at Glen Ridge and we didn’t know if, or when, we would be able to get it fixed. The X-1 chassis is great; we have a great relationship with Jason and I think this will help both the 305 and 360 cars. I know that Brandon has a really good program, this is a good chance for us to take two smaller teams to make one strong team.” Both owner and driver felt like this was meant to be when they noticed that Flint’s helmet and Wight’s chassis are both painted candy apple red.

Brandon has three wins in 305 sprint car competition as a car owner, while Flint recorded a feature win with the CRSA at Albany-Saratoga in 2015 on his way to a fifth place finish in the final point standings. He was also the King of the Can at Penn Can Speedway in 2016. Flint also holds the track record at the Glen Ridge Motorports Park with a 305-sprinter.

You can follow along on this exciting new venture on Facebook at Brandon Wright Motorsports and Flint Motorsports. 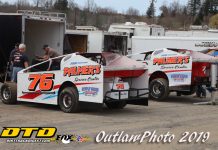