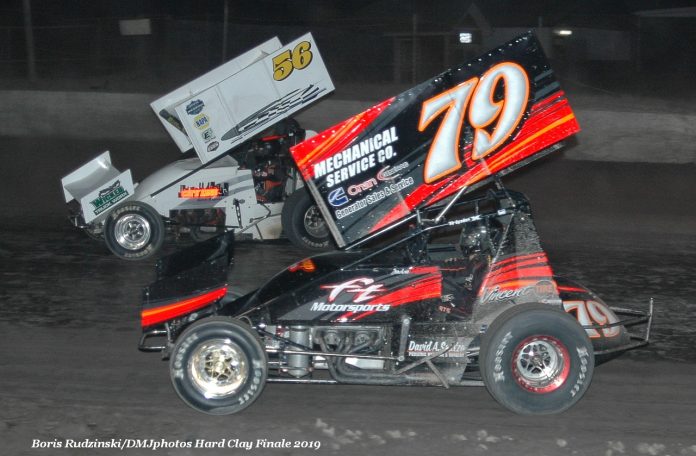 MIDDLETOWN, NY – Rapid Tire of Montgomery, N.Y., was the presenting sponsor of the 360 Sprint Car 25-lap main and the event was a thriller. Jordan Thomas, after trading the lead with Davie Franek, fought off the high-side advances of Billy VanInwegen on the final lap to take the $3,000 victory.

Van Inwegen, who has vast Orange County experience in a Modified, found the extreme high line to his liking and swept past Thomas coming to starter Joe Kriss’ white flag.

The leaders raced side-by-side down the backstretch on the final lap. A slower car on the outside lane broke VanInwegen’s momentum. Thomas won the drag race off turn four for the victory.