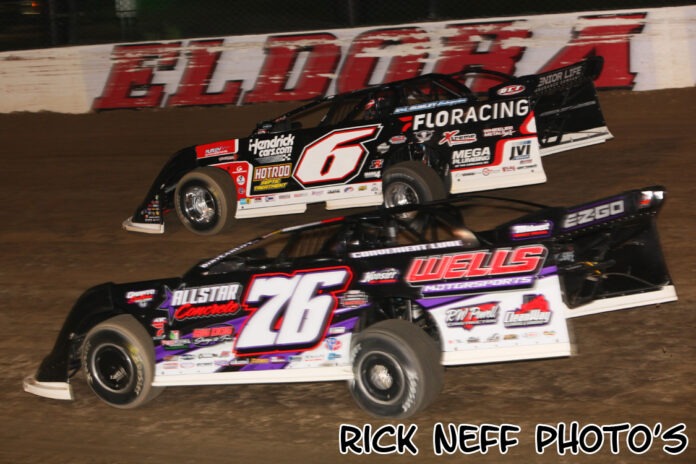 ROSSBURG, OH – Nestled in a small Western, OH town, Eldora Speedway sets the stage for one of the biggest weeks in Dirt Late Model History.

While the second week of June usually means drivers work to make their “Dream” a reality—2022 boasts a life-changing prize.

The Eldora Million returns to “The House that Earl Built” June 8-9, a dollar amount only given out once in the track’s storied history. From Dresden, OH, Donnie Moran scored his Million Dollar triumph in 2001, passing Martinsville, IN driver Don O’Neal for the victory in 2001, etching his place in history as “The Million Dollar Man.”

The battle for the Million starts on Wednesday, June 8, under an Every Lap Matters Format.

While one driver will put his name in the record books as the second man to win a million dollars, the week doesn’t end there.

Drivers will follow the same traditional format for two nights, hoping to end their week on the iconic Eldora Stage.

Crown Jewel events at Eldora in 2021 boasted two winners, including one who reached the peak for this first time and backed it up twice.

Brandon Overton swept the two Dirt Late Model Dream’s in 2021, along with two preliminary Feature wins throughout the week. He also won the 51st World 100 last September, showing he has the chance to be a dominant force at the Ohio facility.

Last season, Jonathan Davenport was the other Eldora winner, capturing the 50th World 100—his fifth Crown Jewel win at the track.

Both drivers are off to fast starts in 2022. Overton scored his seventh win of the season last weekend at East Alabama Speedway, while Davenport won his fourth event of the year at Mississippi Thunder Speedway.

Those two drivers will have to contend with a pair of Illinois standouts currently leading their respective National Tours.

His Illinois companion Dennis Erb Jr. also has a Dirt Late Model Dream Victory—his triumph coming in 2016. The World of Outlaws CASE Construction Equipment Late Model Series points leader has three wins in 2022, including one on a half-mile at Volusia Speedway Park.

Another driver to watch is the son of “The Million Dollar Man,” Devin Moran. The Dresden, OH driver has three wins in 2022 and a “Big Gator” trophy from DIRTcar Nationals at Volusia. But one thing has eluded the “Mailman” in his career, a win at Eldora.

Moran hopes to break the so-called “Moran curse” at the track, as neither Donnie nor Devin has won since the elder Moran’s million-dollar triumph.

Those drivers lead a contingent of several contenders like McDowell, Madden, Bloomquist, Marlar, McCreadie, Pierce, and more, hoping to etch their names in history during the richest week Dirt Late Model racing has to offer.

Follow live coverage and updates leading up to the iconic week on all of DIRTcar’s social media channels and DIRTcar.com.