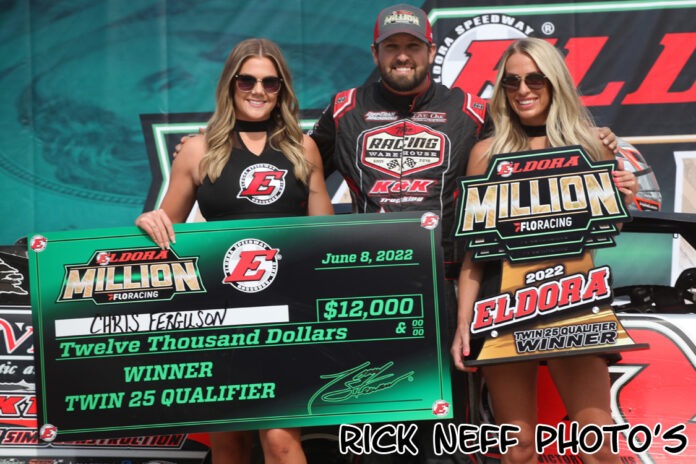 ROSSBURG, OH –Chris Ferguson and Jonathan Davenport have a leg up on their competition entering Thursday’s Eldora Million.

For years, Chris Ferguson has put together strong runs at Eldora. However, a trip to the track’s iconic Victory Lane has eluded the Mount Holly, NC driver.

Ferguson finally scored his first win at “The Big E,” leading every lap in the first of two Preliminary Features Thursday afternoon. He stated how important it is to be on the Eldora stage.

“This is that moment, you know, this is where the biggest track in the world is,” Ferguson said. “We might not be the best every week, but right now, we’re standing up here, and I just can’t believe it.”

While Ferguson led every Feature lap, he still dealt with traffic. The North Carolina driver struggled toward the end with handling his Team Zero Race car.

“I could tell I had a little bit of a lead,” Ferguson said. “So, when I got in lap traffic, I struggled a little bit, but we were just a little free in dirty air.”

Chris Madden crossed the line second, a position he held throughout the event. The Gray Court, SC driver, stated he needed more balance to have a shot at passing Ferguson.

“We had a great race car,” Madden said. “We didn’t do what I thought we needed to do. I told my guys I said, well, let’s go over here and see where we’re at, but we missed our balance a little bit.”

The Winfield, TN driver is happy with his car after his podium run, setting fast time, and winning his Heat Race.

“We definitely had a good car so far today, and I might be leading the points, which guarantees a spot in the Million, and that’s a good deal to do,” Marlar said.

Jonathan Davenport is no stranger to Eldora’s iconic stage and welcomes momentum scoring a $12,000 preliminary victory.

The Blairsville, GA driver rolled around Gregg Satterlee on a lap eight restart and paced the field for the rest of the Feature.

However, “Superman” stated he wasn’t in the lane he would’ve chosen if he was leading. 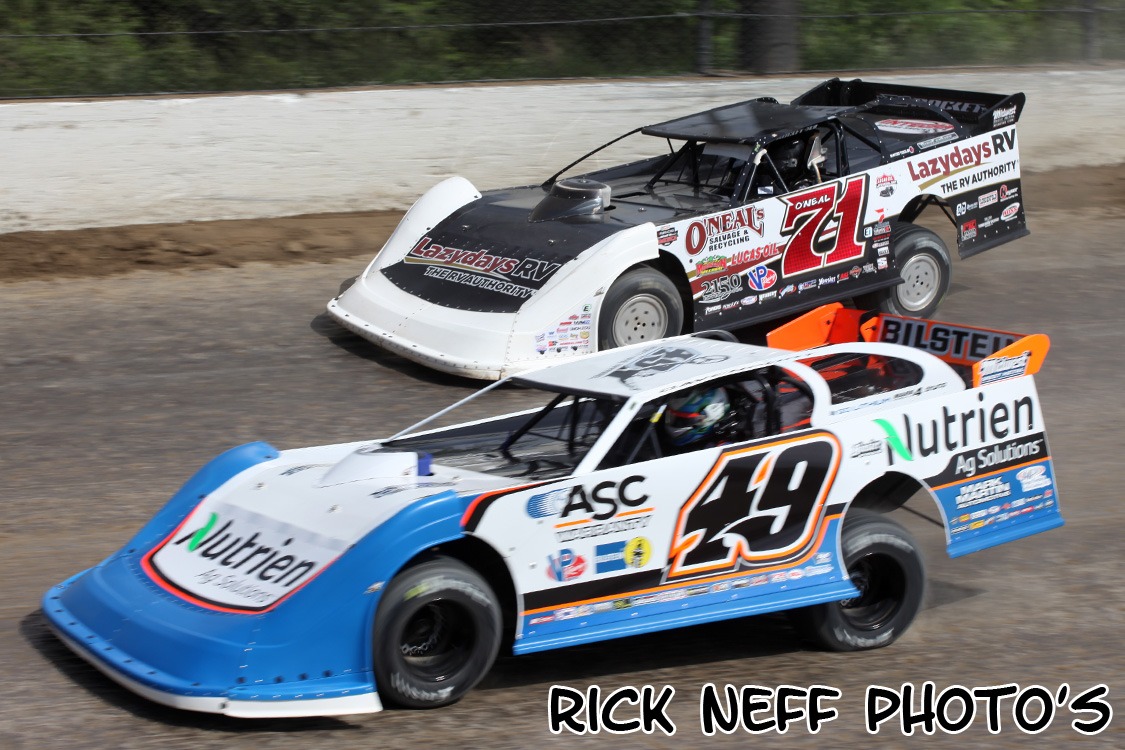 “I got a good restart there with Satterlee,” Davenport said. “He picked the right lane; I would’ve picked the bottom too. I just rolled into it a little bit, just kept enough speed with him, and as he was picking up the pace, I was too.”

Ricky Thornton Jr. finished second after starting fifth in the 25-lap Feature. The Chandler, AZ driver stated he’s happy with his finish after his Eldora Million almost took a downward turn earlier in the day.

“I about killed our weekend there in Qualifying,” Thornton said. “I got to give a big shoutout to my crew; they had to get [the car] back together for the Heat Race.

“JD had a really good car, there’s just a little bit we need to work with, but we should be good for later.”

No invert will occur for Thursday Night’s Eldora Million Heat Races after Marlar spun a zero on the Wheel of Misfortune.

Follow live coverage and updates of the Eldora Million on all of DIRTcar’s social media channels and DIRTcar.com.