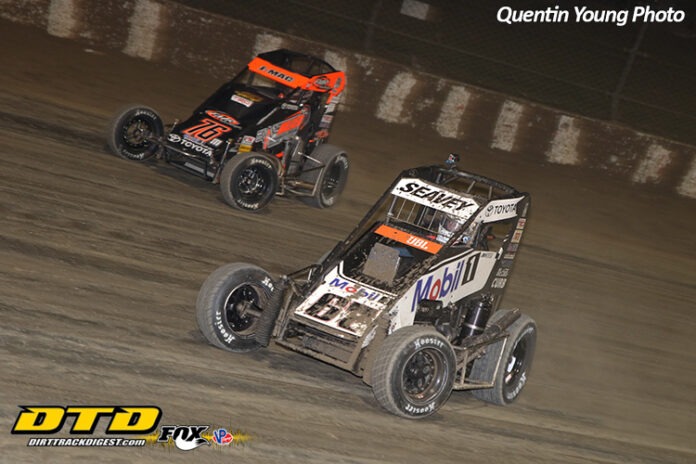 ROSSBURG, OH— There are hundreds of reasons why Eldora Speedway is the place to be on Friday, Sept. 23 and Saturday, Sept. 24.

But to whittle it down in the style set by David Letterman, here are the top 10 reasons why drivers and fans alike can’t wait for the 40th running of the 4-Crown Nationals at the World’s Greatest Dirt Track® Sept. 23-24.

With three races remaining there are only 57 points between leader Kody Swanson and second-place Logan Seavey in the USAC Silver Crown point standings, 524 to 467. C.J. Leary, Brian Tyler and Justin Grant are right behind them.

After Eldora there will only be two more All Star sprint races in 2022, so the leader at press time, defending champion Tyler Courtney, will be searching for every point possible as will the drivers behind him like Justin Peck; Bellevue, Ohio’s Cap Henry; Hunter Schuerenberg and Bill Balog.

The WoO sprint car point battle has been tight all year. At press time three-time and defending champion Brad Sweet tops those standings, but David Gravel; Carson Macedo; Wooster, Ohio’s own Sheldon Haudenschild, and WoO king Donny Schatz are trying to find an edge in order to beat him.

However, Tyler Courtney has won six of the last 16 total 4-Crown features dating back to 2017. No one else has more than one, so it’s pretty clear he’s well on his way to making his own legend. Fans will want to be there to see it in person.

Tickets can be purchased online, by phone or at the gate. Tickets, schedules, camping information and other information are available on the track website at eldoraspeedway.com. The speedway office phone number during normal business hours is (937) 338-3815. 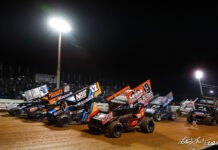