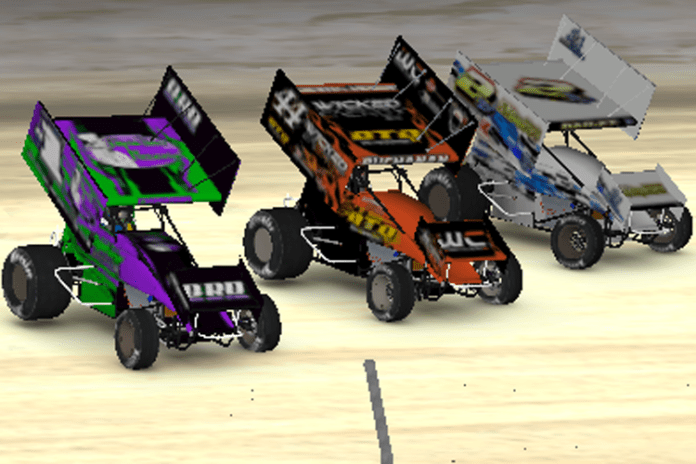 LIMA, OH – Bryce Bailey came into the first short track of the 2020/21 Sign Shop @ Kinney’s Lucas Oil ESS iRacing Series as the point leader and so far, the only winner of the Series.  Even with the non-stop, unpredictable action on the ¼ mile Limaland Motorsports Park, he led from start to finish for his third consecutive win.

The win for the Waverly, NY teenager increased his points lead over Adam Buchanan who finished second at Lima.  Rounding out the top five were Frankie Caprara, Quebec ESS star in Jordan Poirier and Taylor Caprara making it a family gathering in the top five.

“Limaland is a tough track and you just have to concentrate all the time there as everything happens so quickly,” said Bailey who will pilot a DIRTcar Sportsman in 2020, “I was thinking Adam (Buchanan) was going to throw a bomb at me but he never did.  I was lucky to get the lead early and stay out of trouble to get the win.”

Bailey who is sponsored by the Caprara dealerships he been perfect so far on the season by winning all three of his heat events and also 25 lap features.  He will be looking to keep the streak alive next Tuesday at the Lernerville Speedway.

For Buchanan who admittedly said Limaland wasn’t one of his favorite tracks was looking for a top ten, so runner-up was a bonus.  “I’m very happy with second, I was going to be happy with a top ten!” exclaimed Buchanan, “I was thinking of maybe throwing a slider at Bryce but here anything can happen, so I said to myself let’s points race and stay where we are.”


Frankie Caprara might be retired for the real dirt racing world, but he is showing success on the ESS Series.  “This track you really have to be patient on, it reminds me of Brewerton but only slicker,” the Watertown, NY driver said, “I’m happy to be on the podium, hopefully next week we will have something for Bryce.” 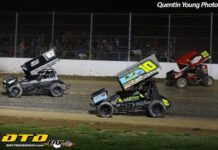