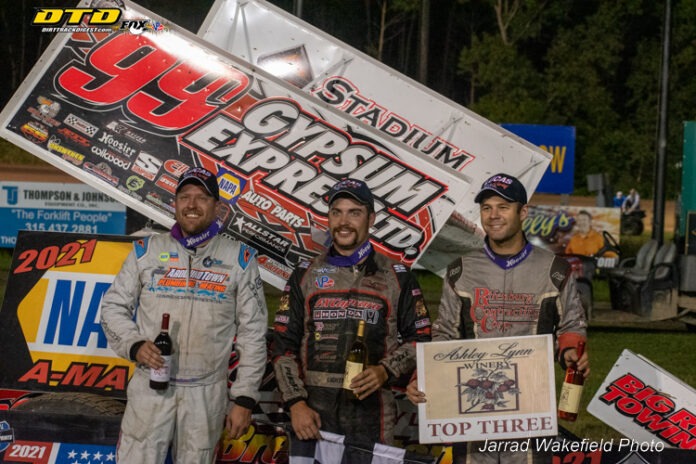 BREWERTON, NY – In Sprint Car action at the Brewerton Speedway Friday night, Larry Wight held the hot hand to take the win in the second round of ESS Speedweek. On a lap 11 restart, Wight drove by leader Sam Reakes and rolled the bottom to perfection, walking away uncontested in the remainder of the 25-lap A-Main. Matt Tanner also slipped by Reakes to finish second, while Reakes came home third. Wight plans on running the Sprint the next two nights at Fulton and Weedsport.

“We got this car hooked up now,” Wight said of his 360. “It used to be too tight and couldn’t get it to rotate, but we threw some stuff at it and it worked. We’ve only ran it once this year and we were alright at Fulton, but it’s easier to jump in and be competitive when it’s at a track you race weekly. I knew the bottom would be good, these sprint cars slide around a lot and most guys don’t slow down for the bottom, so it leaves a ton of bite wide open down there.” 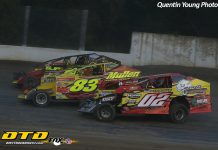