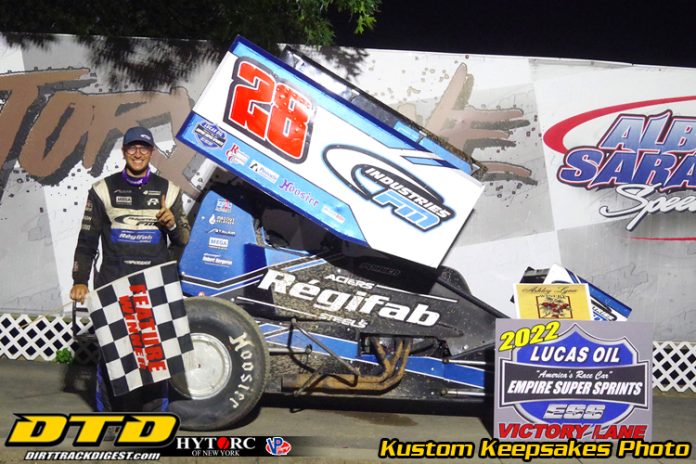 MALTA, NY – The Lucas Oil Empire Super Sprints made their second appearance of the season at Albany-Saratoga, and for a long time, it looked like Danny Varin was going to come away with the win in the 25-lap feature. Varin started on the pole and set the pace for the first 19 laps, but on lap 20, Jordan Poirier, who had started sixth, pulled a slide job on Varin coming out of the fourth turn and moved into the lead.

Varin then tried a slide job of his own, but Poirier maintained his advantage and easily beat Varin to the finish line. Davey Franek, Shawn Donath and Dylan Swiernik completed the top five.

Chad Miller won the $100 bonus in the ESS Dash for Cash, which was sponsored by J&D Waste Equipment.