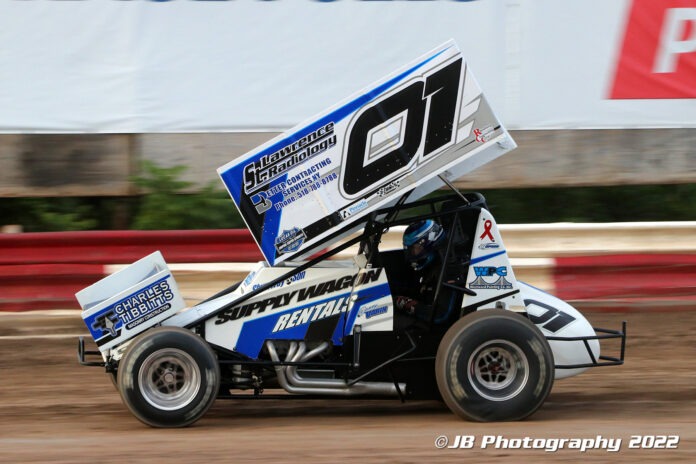 After the yellow flag at the completion of lap two, Varin would restart fourth with Kelly Hebing and Jordan Poirier occupying the front row.

With a great restart however, Varin split the front row, and slid up in front of Hebing and charged off the second corner with the lead.

Despite Poirier beginning to close in on Varin during two longer green-flag runs, he was never able to seriously challenge for the lead.

Varin led the final 23-laps relatively uncontested to claim his third 360 Sprint Car win of the season at the ‘Home of Heroes,’ and his second ESS win at the speedway.

Quebec’s Jordan Poirier, the ESS point leader entering the night, came home with a runner-up finish and Shawn Donath, of Syracuse, N.Y., rounded out the podium finishers after starting in the sixth row.