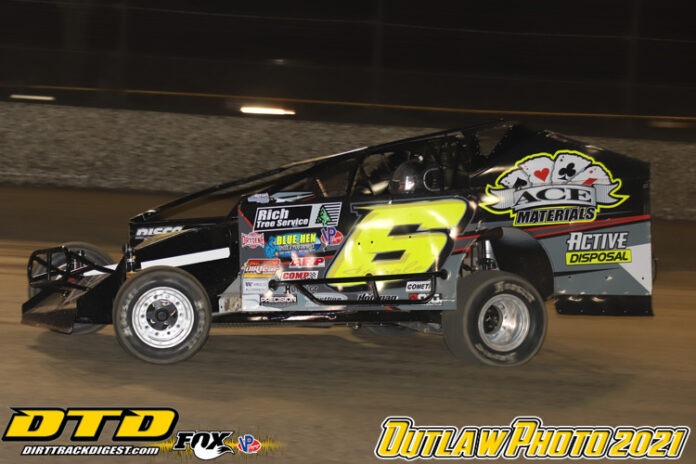 Matt Stangle hasn’t been smiling for much of the week, but after time trials on Thursday night he had a huge grin on his face as success finally found the team at Volusia.

Stangle turned in his quickest time trial lap of the week with a 17.809 to qualify second in his group behind muti-championship driver Matt Sheppard.

Standing alongside the black #6, Matt was extremely enthusiastic.

He said, “This is a brand new Teo and the first time we’ve had it out. We came down here to get it dialed in and we are getting there.”

“Well,’ said Matt, “I run at Bridgeport and New Egypt where the track is heavy all the time. We are beginning to get faster and it is hammer down here. Hammer down.”

The expectations for the feature went up while running among the top six as the race wasn’t even one-third of the way through.

A right rear shock broke and that smile probably disappeared

However, his expectations are quite possible for the last two nights as he said, “We just want to get some top tens. We’ve gotten better every day and as long as it stays heavy and fast I am okay.” 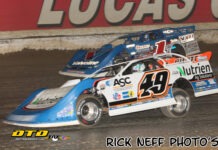 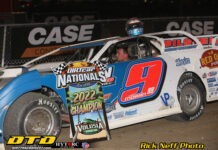 Moran Reflects on DIRTcar Nationals, Ending on a High Note with his Brother 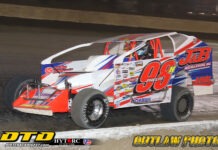