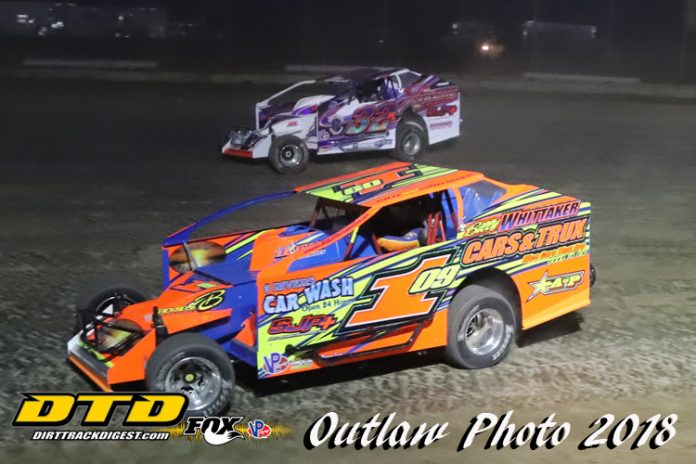 VERNON, NY – After a scheduled week off for an annual country music festival this past weekend, Utica-Rome Speedway is ready to get back in action this Sunday, June 17. Federated Auto Parts and Pioneer Window Manufacturing will feature the Lucas Oil Empire Super Sprints and the DIRTcar Sportsman Series, who will compete for $1,000 to win. The DirtTrackDigest.com 358-Modifieds, Ted’s Body Shop Pro Stocks, and Rookie Sportsman will also be in action, making this an action packed night of short track racing.

With weather hindering much of the early portion of the season and only one event completed, the DirtTrackDigest.com 358-Modified track title, worth $5,000, is still wide open. Matt Sheppard claimed the exciting opener over Jeremy Wilder, Mat Williamson, Larry Wight, Billy Dunn, Jimmy Phelps, Tim Fuller, Rocky Warner, Marc Johnson, and Erick Rudolph. Who will take the next step towards the lucrative track championship? That question will be answered this Sunday.

The DIRTcar Sportsman Series for the Central Region will be action Sunday as well, bringing many of the top local Sportsman drivers to the Vernon oval. Shane Pecore took the series opener at Fulton Speedway, putting him as the early series point leader. Track regular Matt Janczuk sits in second ahead of Kevin Root, Jessica Power, Dave Marcuccilli, David Schilling, Zach Sobotka, Tom Collins Jr., Tony Finch, and Jimmy Zacharias. Another strong field should fill the pit area in search of the $1,000 victory.

The Lucas Oil Empire Super Sprints will make their first visit of the 2018 season after being rain delayed to this Sunday from May 27. This Sunday could serve as an ESS Central New York Speedweek tune-up with Coleman Gulick coming in as the overall series point leader following his exciting win this past Saturday at Airborne Park Speedway. Defending champion Jason Barney sits in second over all-time ESS A-Main winner Steve Poirier, Paul Kinney, and Matt Billings. Billy VanInwegen, Matt Tanner, Paulie Colagiovanni, Mike Mahaney, and Chad Miller. Before the rain came on May 27, 35 cars filled the Utica-Rome Speedway pit area with most of the cars that were in attendance expected to return.

The Rookie Sportsman will also see action this Sunday. Addison Bowman was the winner on opening night.

Pit gates will open for this exciting show at 3 p.m. while the grandstands will open at 3:30 p.m., with racing slated to begin at 6 p.m. Adult admission will be $22 with Seniors, Students, and Military admission set at $18. Kids under 16 will be admitted to the grandstands for free. Grab a friend and show them what all the buzz is about and bring them to Utica-Rome Speedway for some exciting short track racing.

If you can’t make it to the races, remember you can catch all the action at the Utica-Rome Speedway from your cell phone, tablet or smart television via our weekly pay-per-view broadcast on DirtTrackDigest.tv.
Those looking for information about the upcoming season at Utica-Rome Speedway can like us on Facebook at Utica-Rome Speedway, find us on Twitter @UR_Speedway or on the web at www.uticaromespeedway.com. You may also call the track at 315-829-4557.