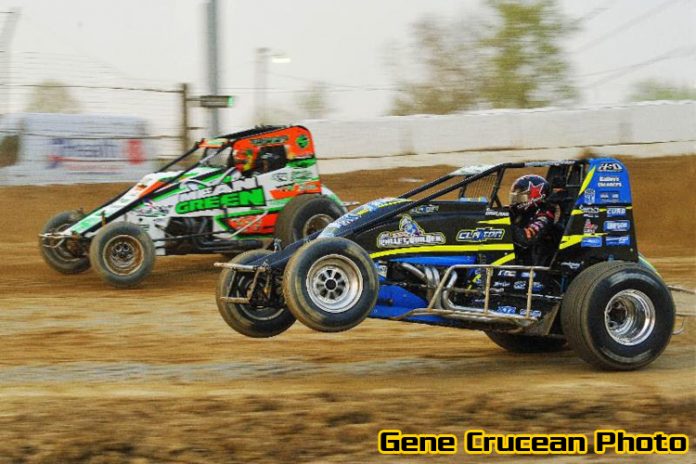 Coming to Weedsport Speedway as a part of the six race Eastern Storm schedule which includes Grandview, Williams Grove, Port Royal, Susquehanna, and Bridgeport Speedways; USAC’s highly anticipated visit to The Port will be the first stop for the tour in the state of New York since 2006.

“As we try to propel Weedsport Speedway further into the national spotlight, it is important to us to bring the top series here for our local fans,” said Weedsport Speedway Promoter, Jim Phelps. “USAC fits that perfectly with its history and prestige and we have fans here who want to see USAC wingless sprints come back to New York.”

Since 1955, Weedsport Speedway has hosted some of the greatest drivers and racing series in the country, but never the famed United States Auto Club Sprint Car Series.
Hosting nearly 50 national sprint car events during the year, across a dozen states from California to Florida, the USAC AMSOIL National Sprint Car tour brings the very best in non-wing sprint car racing to each of its venues.

Not far behind are a host of top USAC shoes including Robert Ballou, Dave Darland, Brady Bacon, Justin Grant and Chad Boespflug.

The allure of the Eastern Storm is also expected to draw other open wheel aces including Jerry Coons Jr., Tim Buckwalter, Thomas Meseraull, and Jarett Andretti.

“We have an exciting 2018 summer season in store,” said Phelps. “Our fans deserve to see the best in short track racing, whether it be on four wheels or two, and we aim to continue to work to make that happen.”

For more information on USAC, be sure to visit online at www.usacracing.com.
The Spano Container Sportsman Shootout Series and the NY6A Microsprints will join the USAC Sprinters on the night’s racing card.

Reserved seating is currently available for $29 and includes a FREE fan pit pass if purchased by June 14.

All grandstand seating and camping is available for purchase online at www.weedsportspeeday.com.

Interested in seeing your company listed in our press releases? Be sure to the Weedsport Speedway office at (315) 834-3067 for sponsorship and advertising information.