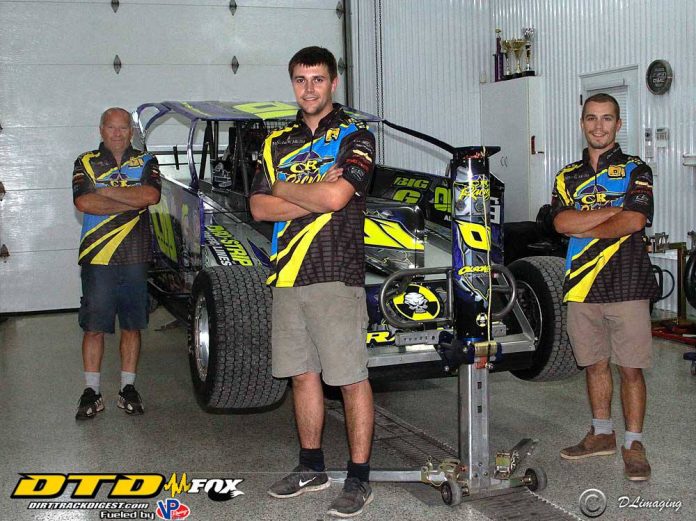 The month of June has been very good to Alexandria, Ontario’s Chris Raabe

The First weekend of racing in June produce a trip to victory lane at Mohawk Int. Raceway on Friday night June 1, the first win of the 2018 season.

Unfortunately, the cheers of victory lane were short-lived, with a dismal race at Airborne the following night where nothing seemed to go right. It was much the same at Cornwall on Sunday, were the car brook a cooling belt overheating the motor, sidelining the 01 for the remainder of the night.

The following weekend Chris raced at Can-Am Speedway on the Friday, June 8, as Mohawk had no racing scheduled for the Modifieds that night. Chris battled from the back of the pack to pick up a fifth-place finish.

June 10th at Cornwall, however, was once again a dismally night, with the car sliding off the track in turn one after being hit on the side. With the car not handling the track well and a suspected bad lifter in the motor, the team decided to call it a night.

Back at the shop during the week the team decided to thoroughly go over the car to find out why the car just wasn’t working well at Cornwall after two dismal showings.

With the car adjusted and the inspection done, a new outlook was ahead for the team. With some hopeful luck on there side, Chris headed into the weekend of June 16 racing with optimism.

Well, with a perfect car set-up and Chris’s driving the team produced three wins that weekend. The first win came on the Friday, June 16 at Mohawk International Raceway.  It was followed by a visit to victory lane at Airborne Park Speedway the following night. The weekend was capped off with another win at the Cornwall Speedway on Sunday, June 18.

The following week of Friday, June 22 Chris once again was in victory lane after coming from the 7th place on the starting grid.

This was Chris’s fourth win in a row, proving that hard work and a dedicated team, can produce great results. The race on both Saturday, June 23 and Sunday were called due to bad weather.

The team is heading into the last weekend of June racing, excited about what results may be ahead. Chris always a realist understands that winning is never a given, but with a little luck maybe they can keep this momentum going, only time will tell.