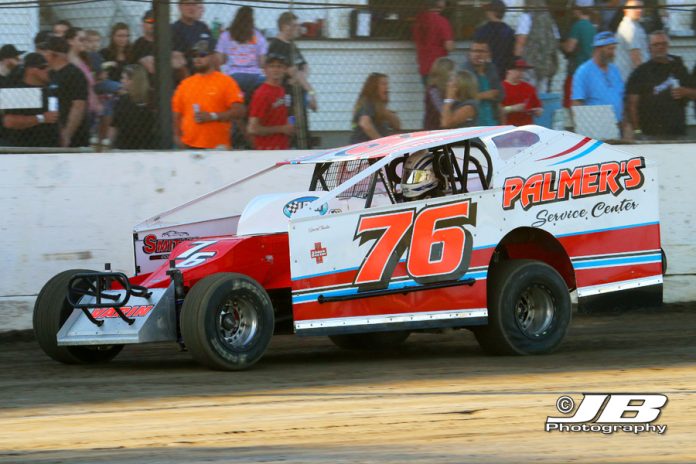 FONDA, NY – King Of Dirt Racing announcing today that ‘Rumble On The Ridge’ is now ‘Rumble On The River’, as the 358 Modified race scheduled at Glen Ridge Motorsports Park has been cancelled and moved to Fonda Speedway as of Sunday afternoon.

KOD series officials were notified Sunday afternoon the race at ‘The Ridge’ wouldn’t be taking place on Wednesday July 18th by a track official.

“I had reached out to track promoter Ray Sefrin and Sunday through a track official was notified they were canceling the 358 race. No reason was said at the time, but it had been conveyed to me previously by others they were concerned with making the purse,” said KOD series promoter Rob Hazer.

After the initial press release was posted promoter Ray Sefrin made a call and stated Glen Ridge Management cancelled the race, because they were upset about the reschedule date at Utica Rome and concerned about car counts stating, “I can pay anything, $500, and the same guys will show up.”

Previously in the works prior to this taking place was a return to Fonda Speedway, which fell into place after series officials spoke with promoter Pete Demitraszek.


“We wanted to make sure we got at least six races in for the drivers and we had already discussed working with Pete on the date he had planned for the 15th of August. We were conscious of the race our core track Albany Saratoga had planned on the 14th, but that’s a different type program than we offer so it should be good. Matter of fact some of our tour guys will be there that night for the Deyo show in Malta,” continued Rob Hazer.

The Elmo’s Speed Supply King Of Dirt Racing 358 Modified Series will stop to Fonda Speedway on Wednesday August 15th for ‘Rumble On The River’, which was the title of last year’s appearance in September. The race will be presented by Andy Sandstrom’s Lebanon Springs Excavating and will accompany the Grand Daddy 602 Championships presented by Tom Spencer’s Adirondac Leather.

“I’m a little disappointed, but business is business and those guys are focusing on keeping their weekly program headed in the right direction. I can’t blame them for that. We can revisit the idea in the future, but for now we (KOD) chose to cancel the Pro Stock race planned for September also,” concluded Rob Hazer.