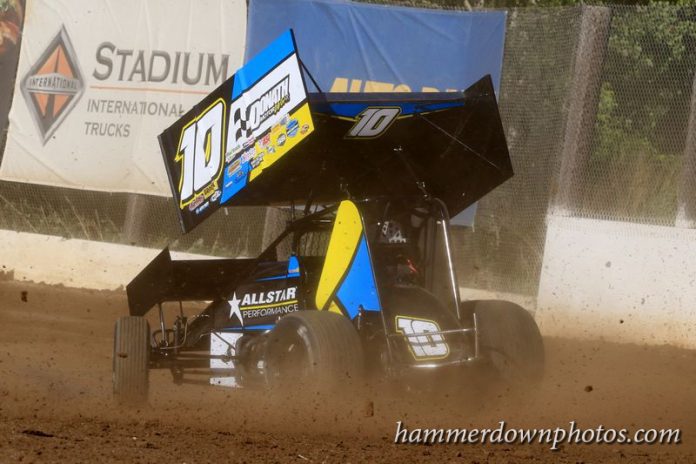 Every touring racecar series has its veterans that always put on a good show for their longtime fans. Experience leads to skill, which is, often times, displayed the most by the more seasoned drivers. Point being, it is not often race fans get to see such skill at such a young age from a driver none other than the ESS’ own Paulie Colagiovanni – the focus of ESS CNY Speedweek Featured Driver Series, episode 3.


At just 17 years of age, Paulie’s ambition to go fast came a little over four years ago, when his father purchased a 600 micro-sprint, originally for his brother. Paulie got behind the wheel, after his brother lost interest, and began practicing on Wednesday nights at Paradise Speedway. He soon moved into the rookie division, spending three years in weekly competition there, as well as a bit of NY6A Micro-sprint tour racing.

2015 marked the year of Paulie’s debut in a full-size sprint car, bringing Einstein Construction Group on board to sponsor his very first ride in a 360 on the ESS tour. It took only two full seasons in the No. 10 to get his first win at Autodrome Granby in late summer.


“It was actually a pretty emotional moment right there for me and my father,” Paulie said in an interview. “We actually pulled it off from Barney and Poirier. I was looking up at the scoreboard, getting a little nervous when the cautions kept coming out, but we held our line and we made it.”

Paulie had a decent 2018 Speedweek, finishing ninth out of the 22 drivers that made all five races, with one top five at Can-Am. ESS points currently list him in fifth position with 21 races remaining on the schedule.

Quite obviously, Paulie has the biggest future ahead of him, relative to the other four drivers profiled in this series. Being 17 years old with a few years of 360 sprint car experience under the belt could prove to be his big ticket into 410 sprint cars and beyond.

“In 10-20 years, hopefully we can be on the Outlaws or All Star [Circuit of Champions] tour,” Paulie said. “Once I get out of college or go to trade school and graduate, I think we’re probably going to go full-time racecar driver with the All Stars – graduate on their level, get better and better and hopefully in a couple of years I can run with the World of Outlaws around the country.”

Morrisville State College or some sort of technical school is definitely in his future, Paulie said. Higher education is invaluable in today’s day and age.

“I might do technical engineering or something with lathes, so I can actually build sprint car parts and learn more about the cars from it,” Paulie said.

A young gun on the rise with a talent behind the wheel and a bright future ahead of him; it’s all hands on deck for the Colagiovanni crew in the rest of 2018.