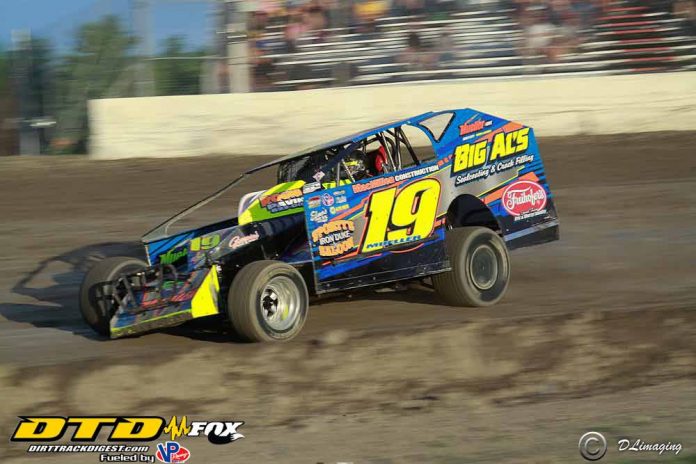 PLATTSBURGH, NY – Jessey Mueller held off a late race charge from Steve Bernier to collect his second win of the season in the Egglefield Ford 358-Modified division at Airborne Park Speedway.

Mueller led early in the event, but never could gain a large lead over Bernier. In the closing laps, the two drivers rubbed sides in what proved to be an exciting finish.

Bernier would hang on for second with Maxime Plante finishing in third. Matt Woodruff and Josianne Plante completed the top five.

Willis was leading the last event before his car ran out of gas, but he made sure that wouldn’t be a factor Saturday night.


Willis won by a comfortable margin over Chris Cayea and Jason Bruno, who both had their best finishes of the season. Lonnie Rivers and Jamie LaFountain finished fourth and fifth, respectively.

A string of bad luck was broken in the Ernie’s Discount Tools Super Stock division as Michael Wright scored his first win of 2018.

Dave Demore collected his first Mini-Mod win of the year, while Shawn Walker won for the sixth time in the Strictly Stock class.

Racing action resumes on Wednesday night for the World of Outlaw Sprint Cars and Sportsman Modifieds.