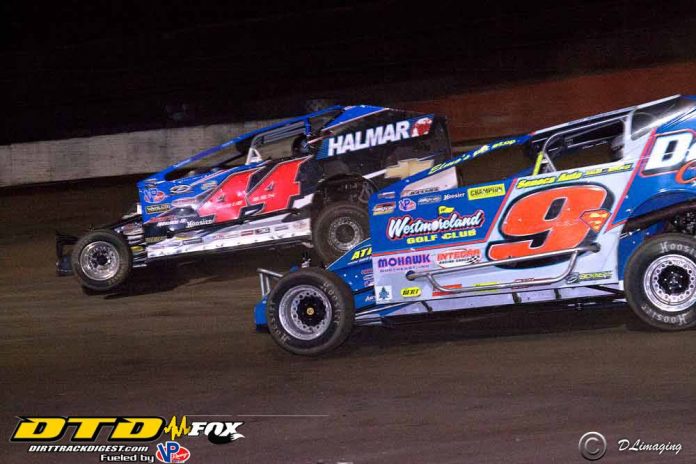 PLATTSBURGH, NY – After a successful event in 2017, the Super DIRTcar Series Big Block Modifieds are set to return to the Airborne Park Speedway on Tuesday, July 31 presented by Liquor & Wine Warehouse and Unique eCigs.

A year ago, both top competitors missed the Airborne event for different reasons. Friesen had commitments with the NASCAR Camping World Truck Series, while Sheppard was serving a suspension for an incident at the Utica-Rome Speedway with the eventual winner of the Airborne event, Larry Wight.


Through 10 Super DIRTcar Series events in 2018, Sheppard is the point leader with three point counting wins and leads Erick Rudolph by 121 points. Friesen leads the series in wins thus far, as he has collected four wins in just eight starts. Danny Johnson, Phelps and Hearn each have scored one win a piece on the year.

Advance sale tickets will be on sale starting Thursday, July 26 at Poirier’s True Value located at 7327 State Route 9 in Plattsburgh. The advance sale price will be $22.
For more information and to stay up to date, visit airborneparkspeedway.com or on Facebook at Airborne Park Speedway.