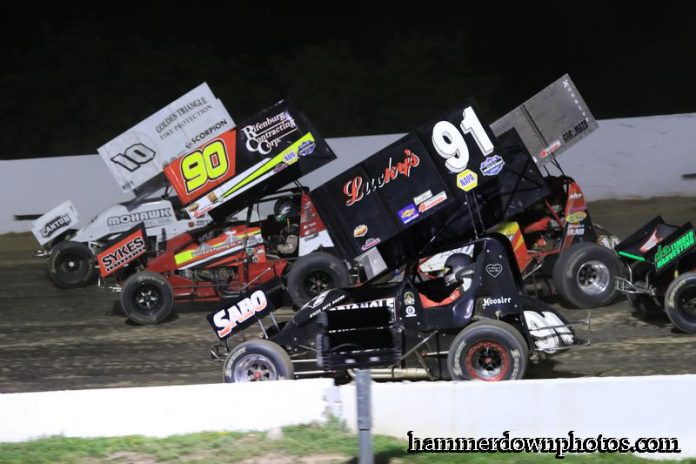 WEEDSPORT, NY – The legends of the ESS Sprint Car tour will join together at Weedsport Speedway on Sunday, August 12, powered by Pit Stop Convenience Stores.

A great night of racing will follow the ESS Sprint Car Hall of Fame induction ceremony as the ESS Sprint Cars and the Spano Container Sportsman Shootout Series will take on The Port, with racing action set to begin at 7 p.m.

The $2,000 ESS Legends Reunion event will be the first of two ESS Sprint Car events to be held at Weedsport this season, along with the Monday, September 3 Labor Day Double Play alongside the Super DIRTcar Series Big Block Modifieds and the DIRTcar Pro Stock Series.


Marcuccilli has three wins at Weedsport this season and leads Root by 37-points in the race for the series championship heading into the August 12 race meet.

Pit gates will open at 4 p.m. on August 12 with grandstand gates opening at 5 p.m.  Qualifying will hit the Speedway at 6:40 p.m. with opening ceremonies set for 7 p.m.

General admission seating is available on August 12 for only $15.  Students 11-17 will be admitted for $5 with kids 10 and under FREE.

For a full 2018 Weedsport Speedway schedule and detailed information on the ESS Legends Reunion be sure to visit online at www.weedsportspeedway.com.  Fans can also FOLLOW on Twitter @WeedsportSpdwy and LIKE on Facebook at www.facebook.com/weedsportspeedway.