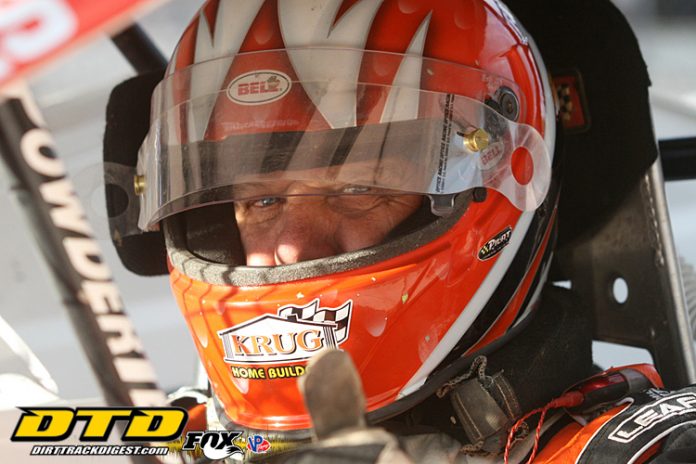 CONCORD, NC – Super DIRTcar Series officials and Fonda Speedway management successfully pinned down a date to reschedule “The Jack” 100 Super DIRTcar Series event. The winner of this prestigious event is guaranteed to start no farther back than position number twelve in the 200-lap NAPA Super DIRT Week XLVII finale on Sunday October, 7 at Oswego Speedway. After a widespread weather system soaked the capital region of New York on Wednesday, August 1, DIRTcar officials and Fonda Speedway management were eager to find a replacement date that would favor a majority of race tracks as well as competitors. A strong field is expected to gather at Fonda Speedway on Monday, August 13, to grab that Oswego 200 guaranteed twelfth starting spot.

The keys to zeroing in on the date were teamwork and communication. Monday, August 13 presented itself as having the least chance of creating a scheduling conflict for teams, fans, and drivers. Capital Region race fans will be especially excited because the day after the Jack Johnson Tribute at Fonda Speedway,  Brett Deyo’s Short Track Super Series is in competition at nearby Albany-Saratoga Speedway. Platinum drivers would typically be restricted from competing at Albany-Saratoga Speedway the next day, but in the best interest of fans and drivers, the Travel Rule has been waived. This creates an opportunity for drivers in both Series to race on back-to-back nights. Super DIRTcar Series Director Mike Perrotte and Brett Deyo agreed that the date and proximity of the races are bonuses for all dirt Modified drivers and fans. Deyo sees the scheduling as a great opportunity for fans and drivers to make a two-day trip.

“As far as I’m concerned, I think it might help. Maybe we can get some fans to go up that way and stay for the two days and make a two day swing out of it. Maybe some racers will too. You’ll see some of the same drivers but two completely different styles of racing. Fans can hit two different series, at two different tracks, in two days. If I was a fan I’d be planning to go to both.”