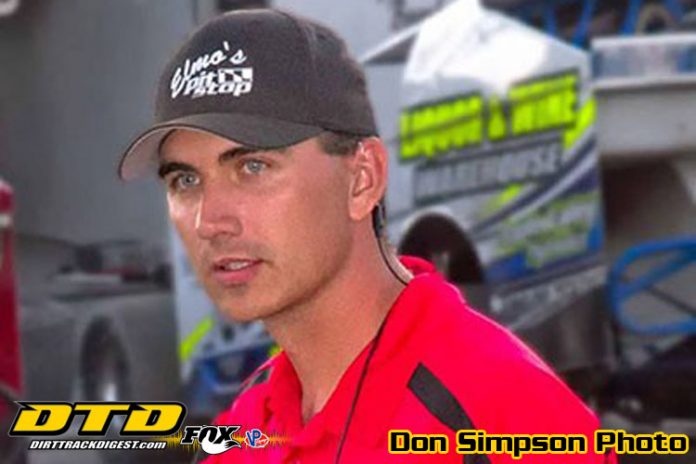 SOUTH PLATTSBURGH, NY – Airborne Park Speedway’s plans for the 2019 season – its 66th – are well underway, including the naming of 23-year-old Plattsburgh native Robby Knowles as the track’s new promoter.

Knowles has handled a variety of duties and assignments at Airborne for years, principally in a promotional role as an announcer – following in the footsteps of his father Rick and his uncle Rob – and as media director giving him extensive experience working with the track’s weekly competitors and various sanctioning bodies and race teams that travel to the Plattsburgh facility for special events.

Airborne’s Advisory Board has received the commitment from many of its seasonal and race day sponsors for continued support in 2019 and intends to be proactive in financial and budgetary matters to allow Knowles to adapt to his new role.

“I feel that dirt track racing is on the rise and that Airborne has never been better positioned,” co-owner Jamie Atkins said. “The decision to transform the facility back to a clay service has met with success. There have been very exciting discussions about numerous improvements to our programs. I am encouraged that Airborne is continuing to grow as a community place of family-friendly entertainment.”

“Our 2019 schedule is starting to take shape,” Knowles said. “Sponsor support has been strong so far. We are surrounding ourselves with people that want to see Airborne succeed. Driver support is high and I want to maintain and build on that.”

Knowles was pleased to announce that Race Director Denis Moquin is set to return.

“Our divisional alignments will likely remain the same as in 2018,” he said, “although the possible addition of a Pro-Stock class is being considered. If we can make something work for an eight to 10 race series, we will.”

“The Super DIRTcar Series and the Empire Super Sprints were both popular for fans and we’re looking into having them return next season,” Knowles added. “There will be a learning curve for me to be sure, but I’m confident that I’ve been around the race track long enough to see a lot of the ins and outs. That will help me achieve one of my top goals, which is to listen to the drivers and keep them positively engaged all season.”

Saturday, October 20, Airborne Park Speedway will honor its competitors at the Banquet of Champions at the Rainbow Wedding & Banquet Hall in Altona. Dinner will be served at 7 p.m. with doors opening at 5:30 p.m. For more information and tickets, click on the Banquet tab at www.airborneparkspeedwaypark.com/rules.