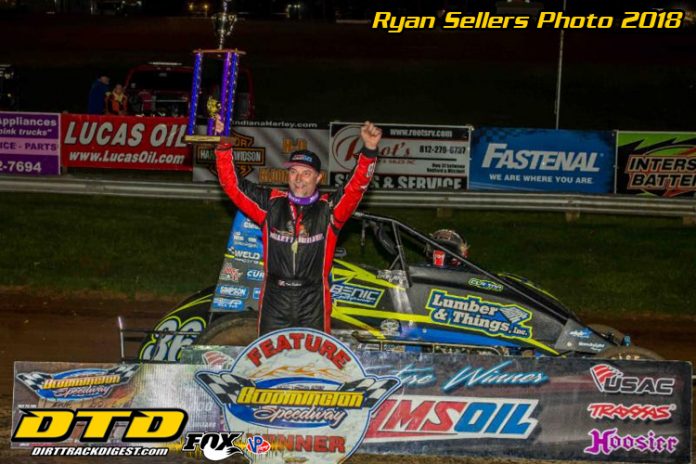 The United States Auto Club (USAC Racing) Competition Committee met on Saturday, Oct., 27, 2018 to discuss a request by suspended USAC driver Robert Ballou to have a car entered into the remaining five events on the AMSOIL National Sprint Car 2018 season.

The Competition Committee reviewed this request and approved the Ballou Motorsports #12 would be allowed entry into those events based upon the provision that only Lincoln, Indiana’s Dave Darland could be the driver Nov. 2-3 in the 51st “Western World Championships” at Arizona Speedway in San Tan Valley, Ariz. and Nov. 8-9-10 in the 23rd Budweiser “Oval Nationals” presented by All Coast Construction at Perris Auto Speedway in Perris, Calif.

Darland, 5th in points, is the winningest driver in the history of the series with 62 victories, including three this year at Indiana’s Bloomington Speedway, Lincoln Park Speedway and Tri-State Speedway. As a driver, Ballou won his 29th career series victory this season at Pennsylvania’s BAPS Motor Speedway. Both are past champions of the series, Darland in 1999 and Ballou in 2015.

On Sept. 26, 2018 Ballou was prohibited from all USAC competition for the remainder of the 2018 calendar year due to numerous actions conducted by Ballou which were deemed detrimental to the sport of auto racing. The car entry by Robert Ballou will not be eligible for owner points or 2018 incentives as part of additional penalties/fines announced previously.