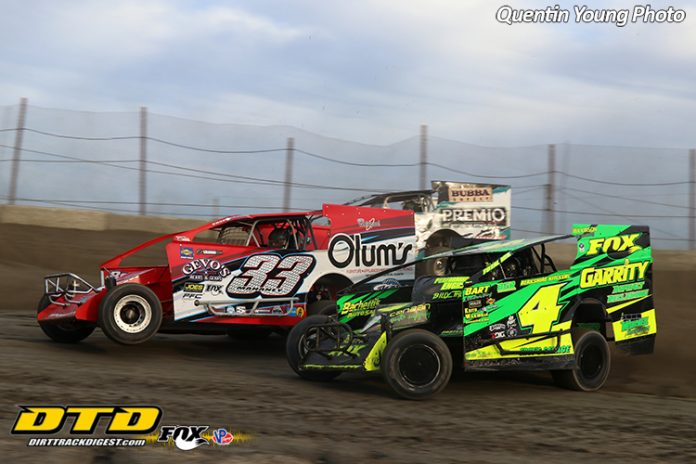 CHADWICKS, NY – Fastline Performance may not have started in Michael Walton’s capable hands, but it sure is going places since the former Sportsman Modified standout took over the business from long time friend and employer Bruce Harwood. Walton is moving and shaking this off-season selling off his parts business and expanding his shock prep operation.

Walton began working on mastering the complex world of shock prep back in 1999 in an effort to help others gain competitive advantage over the field. After all he too was a competitor and knew the importance of knowledge in the sport. What better way to improve car handling and ‘gription’ than have advanced knowledge on the most important aspect of the suspension components.

In 2014 his efforts gained the attention of businessman and shock guru Bruce Harwood and Walton began working for his company Fastline Performance focusing on Billstein and Fox Racing Shocks.

In 2013 Walton started Extreme Speed and Performance; a parts business where he could further help competitors with their race rods and eventually he stepped away from the drivers seat to focus on making his business ventures successful.

In 2016 Walton took over the keys to the kingdom per say from Harwood and began building a large client base offering winning shock packages focused around Fox Racing Shocks, but that all changes in 2019.

The knowledge Walton possesses is a valuable commodity in dirt track racing circles, but his presence as a father and husband is something he equally excels at. Recently Walton began changing around his business program beginning with selling Extreme Speed and Performance parts business to Bernie Lukas.

“I sold the parts business I started back in 2013 to Bernie Lukas and his wife Julie. I can’t thank my customers enough for their support, but I wanted to travel more to help customers and not be locked down to one place,” began Walton in talking about his exciting 2019 season changes.

He continued saying, “Time has become important to me with my step son racing now. I want to travel when I can with him and be there for him, as well as be home with the family more.”

Walton was a busy man ordering parts, stocking the trailer, working on customer shocks, running his pull down machine, and trying to fit his own racing efforts into the mix. By selling the parts business to Bernie Lukas it frees up time for his expanded shock operation coming into play in 2019.

The Fox Racing Shocks mastermind who has landed his fair share of drivers in victory lane thanks in part to their impeccable shock package is expanding his operation to include multiple brands of racing shocks, which some such as Billstein shocks were tested on Matt Janczuk’s ride this past summer will solid results.

“I am going to work on all shock brands again starting in 2019. I’ve had a lot of guys ask me to work on their stuff and I used to do it back in the day anyway, so it’s the next step in servicing my customers,” Walton said excitedly about his plans.

His knowledge extends far beyond the body of a Fox Racing Shock, as Walton used to work mainly on Integra Racing Shocks back in his early days. Keeping his Fox program going, working on Integra’s, and with his Billstein program already proving successful, he’s taking on a new client looking to get back into the dirt modified game; Afco Racing Shocks.

“I am also going to be selling and servicing Afco Shocks. They want to get back into the dirt-modified market and have been working on some really cool new stuff. I’m hoping to have some available for the Northeast Trade Show in November,” said Walton.

Fastline Performance under the direction of Mike Walton is moving up in the world of shock prep and 2019 will be a big year. From expanding shock services to include all brands to his infamous pull down machine getting its share of the work load, there will be some happy drivers come victory lane next summer.