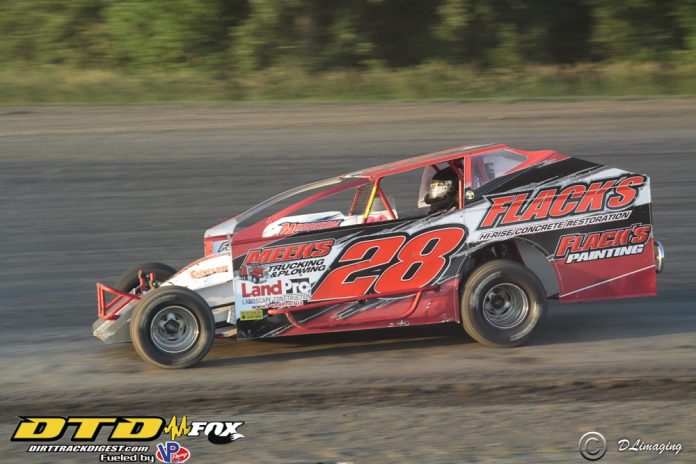 Pat and Tammy Flack of Flack‘s racing have signed a contract with Jeff Sykes for the 2019 race season. Sykes will drive the number 28 small-block and compete at Can-Am and Fulton Speedways. The team will also compete in the 358-Modified Super DIRTcar Series in the Northeast. Marty Patchen will also be returning as crew chief for Flack’s race team . This year we are excited to sponsor 15-year-old Josh Pete in the Sportsman division at Mohawk speedway. Josh will be driving the number 84 in his second season of racing.

We would like to thank our friend and driver Tyler Meeks for his commitment to the race team for the past five years. We also want to thank Joe,Lisa, Jordy and Emily Meeks for their support. We would like to wish them continued success in their racing endeavors.

We at Flack’s racing would also like to thank Bicknell Racing Products and Pat Morrison racing engines.