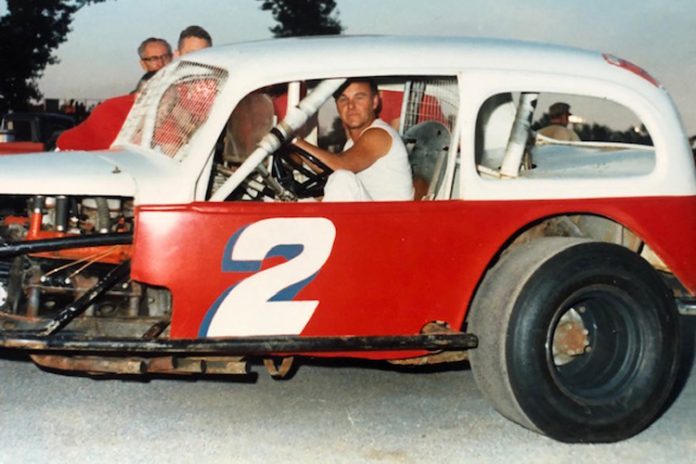 WEEDSPORT, NY – The Northeast Dirt Modified Hall of Fame joins the racing community at large in mourning the death and celebrating the life of “The Old Master,” Frankie Schneider, one of the most prolific driving talents in Modified history.

Schneider passed away on Sunday, surrounded by his loving family. He was 92.

Based in Lambertville, NJ, Schneider raced throughout the United States and in Canada and is purported to have won over 750 feature events during a career that began at the old Flemington (NJ) Speedway in 1947.

Highlights include the 1952 NASCAR National Modified championship, as well as a single victory in NASCAR’s Grand National (now Cup) ranks, at Old Dominion Speedway in Manassas, VA, in 1958.

Schneider was a two-time winner of the National Open at the old one-mile Langhorne (PA) Speedway; claimed three Eastern States 200 events at Orange County Fair Speedway in Middletown, NY; and was the all-time Modified winner at the old 1-1/8-mile dirt Nazareth (PA) National Speedway with 11 wins, including nine of the big track’s first 15 events. In Modifieds, he won championships at Orange County (NY), Nazareth Raceway and the Reading Fairgrounds (both PA), and the now defunct Harmony Speedway in his home state of NJ. He was a big winner at NY’s Lebanon Valley Speedway, dominating the track’s Sunday Opens and taking the 1965 200.

Frankie Schneider — who raced Sprints, Midgets, USAC Champ Cars, Sports Cars in The Bahamas and TQ Midgets indoors, as well as Modifieds — recorded his last victory at Nazareth Raceway on July 31, 1977. But, ever the racer, he didn’t stop competing in Modifieds until well into the 1990s.