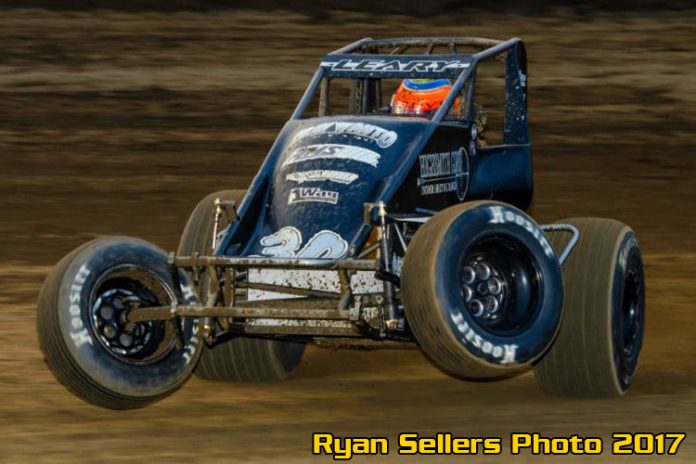 SPEEDWAY, IN – Indiana Sprint Week will expand to its largest schedule in over a decade when the 32nd annual edition of the wildly-popular event arrives in 2019 for eight races in ten nights between July 18-27.

There have been only two other occasions when ISW featured eight USAC AMSOIL National Sprint races, in 2003 and 2007. The 2019 ISW schedule includes eight distinct tracks each with their own characteristics, ranging from relatively flat to high banks, from quarters to half-miles and from wide-sweeping turns to paperclip-shaped venues, offering a unique challenge to both driver and machine.

“This is a can’t-miss swing that includes eight great facilities stretching all over the Hoosier state,” USAC series coordinator Levi Jones said. “With passionate, loyal teams and fans marking Indiana Sprint Week on their calendars each year, adding one more race to an already great event just makes this series even better in 2019.”

Indiana Sprint Week will begin on Thursday, July 18 at Gas City I-69 Speedway before heading northwest to Plymouth Speedway, which made its debut on the ISW schedule in 2018, the following night on Friday, July 19. From there, the series travels an hour south on U.S. 31 to Kokomo Speedway on Saturday, July 20. The first weekend concludes Sunday, July 21 in the southeastern part of the state at Lawrenceburg Speedway.

After a two-day hiatus, the series returns for a final four-day stretch that begins at the Terre Haute Action Track on Wednesday, July 24. Then, it’s off to Lincoln Park Speedway in Putnamville on Thursday, July 25, Bloomington Speedway on Friday, July 26 and concludes with the ISW finale Saturday, July 27 at Tri-State Speedway in Haubstadt.

Indiana Sprint Week debuted in 1988, but first became USAC-sanctioned in 1996. Since then, the event has grown from a single weekend to eight races over a week-and-a-half and has become the marquee event on the USAC AMSOIL National Sprint Car trail that draws massive crowds and welcomes travelers from around the world, both driver and fan alike.