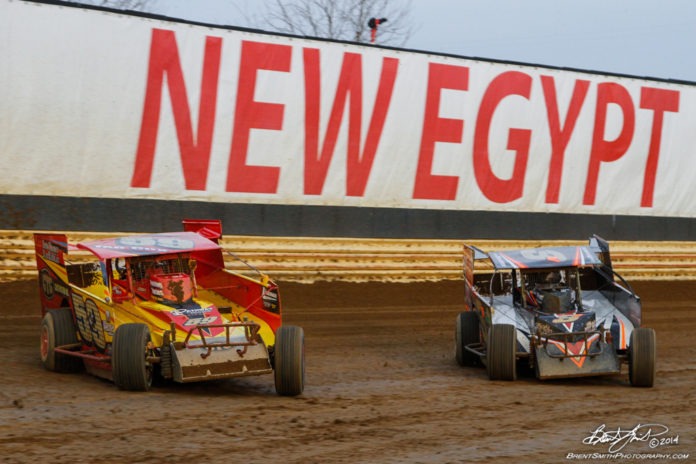 A pair of STSS Velocita-USA South Region Modified events have been contested at New Egypt: one on June 14, 2016 and the first STSS-sanctioned event on June 11, 2015.

In ’16, the Frenchtown, N.J.-based Pauch family reigned supreme. Billy Jr. bested his father, Billy Sr., despite running much of the race with a broken shock tower. Duane Howard, Creeden and Godown completed the front five.

After two seasons away, the STSS is back in ‘the Pines’ for ’19. Look for more information on this event during the off-season.

Since 1953, Fonda Speedway located off New York State Thruway Exit 28 in Fonda, New York has hosted some of the most iconic names in auto racing. For the first time, the STSS and its Halmar International North Region descend on the ‘Track of Champions’ Wednesday, July 3.

The inaugural STSS appearance at Fonda on the eve of Independence Day will be one to remember. The 50-lap ‘Firecracker’ will offer $10,000 to the winner. Promotional support for this event comes from John Lakata, who spearheaded the original ‘Jack’ event at Fonda in 2015.

Officials are working diligently on finalizing the ’19 STSS schedule for the Halmar International North Region, Velocita-USA South Region and North and South Regions for the Crate 602 Sportsman.

The 2018 Short Track Super Series season will reach its conclusion on Saturday, January 5, 2019 with the ‘Night of Champions’ Awards Banquet at Bear Creek Mountain Resort & Conference Center in Lehigh Valley, Pa. Banquet ticket order forms have been posted on the web at www.shorttracksuperseries.com.