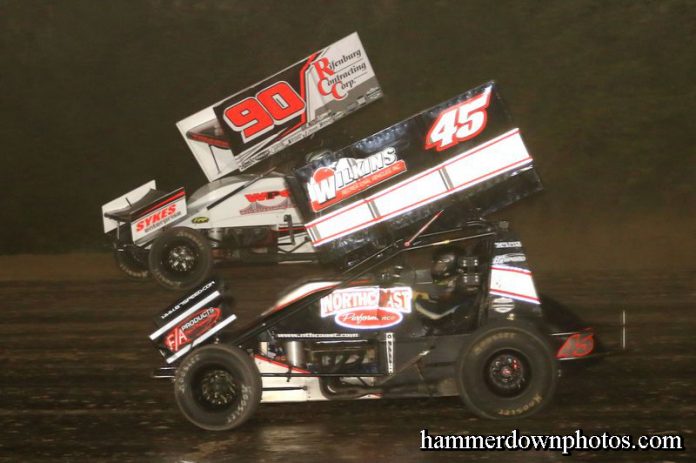 CANANDIAGUA, NY – We are pleased to announce the establishment of the 2019 New York Nationals for September 6-7, 2019. Bringing back the tradition to New York of a huge year end show that will pit the best Sprint Car drivers in the Northeast chasing a huge payday on a track they love to visit.

On September 6th we will highlight Triple 15 races ($650 to win and $125 to start) for the 360’s that will qualify 6 drivers into the A main on September 7th. In addition to the 360’s on Friday night, we will also be contesting Round 4 of the Land of Legends 305 CRSA Crown Series along with a 75 lap Street Stock Feature.

Saturday Nights Championships will include heats, consolations and dash races to fill the remainder of the field for the $5000 to win, $400 to make the show event. Also we will be holding a 50 Lap Sportsman Special and Round 5 of the Land of Legends 305 CRSA Crown Series.

This Event will also culminate our 2019 Land of Legends 360 Championship Series. Winners of the 2 Patriot Sprint Tour and 2 Empire Super Sprints Events during the early parts of the season will lock in to the A main. Perhaps our 2018 Series Champion, “Cobra” Chuck Hebing will be the early favorite?

Stay tuned for the announcement of our full 2019 Schedule of Events, along with more details on this event rolling out soon.