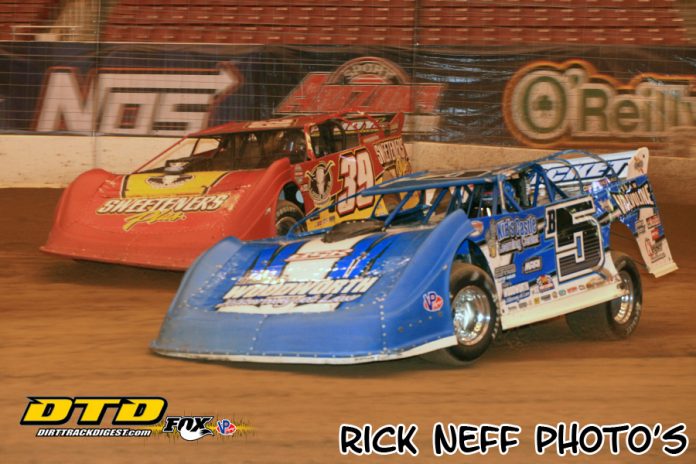 ST. LOUIS, MO – New York native Tim McCreadie has made the trek out to St. Louis and the Edward Jones Dome to take part in the 3rd Annual Gateway Dirt Nationals in both the Late Model and Midget divisions. McCreadie took advantage of an early draw in group one and timed third fastest in group one with a time of 11.266. Only Tanner English (11.119) and reigning Lucas Oil Late Model Series Champion Jonathan Davenport (11.210) were faster.

Thanks to his third place time trial run, McCreadie will start from the pole of the third heat in tonight’s preliminary action.

If you are unable to make it out to St. Louis this weekend, you can still catch every lap of all the action on track at the Edward Jones Dome on Pay-Per-View via our advertising partner Dirt On Dirt.