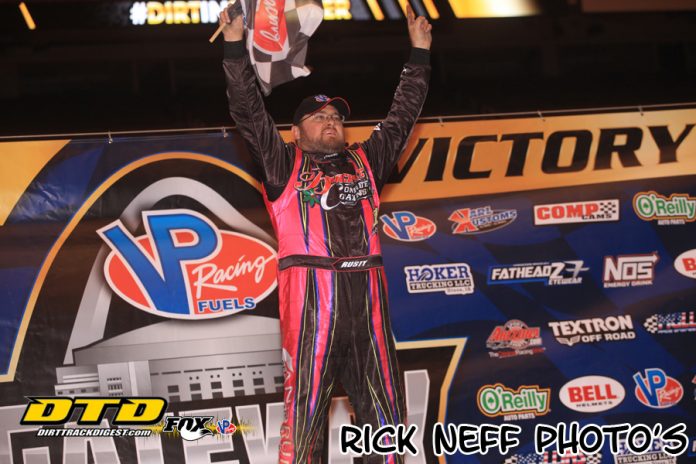 ST. LOUIS, MO – Rusty Schlenk drew the pole for the 20 lap, $5,000 to win Race of Champions event on Thursday night. That was all he needed as he was able to take the lead from the drop of the green flag and never looked back, leading all 20 laps en route to a dominating victory. Jonathan Davenport claimed second place with Dennis Erb Jr. taking home third after starting in the 9th position.  Jason Feger and Brandon Sheppard, who was driving his family owned B5 finished out the top five.

Tim McCreadie was entered into the event by virtue of his win in the 2018 World 100, started sixth and was holding his own on the top side of the speedway until lap six when he lost a driveshaft and was forced to retire from the event.