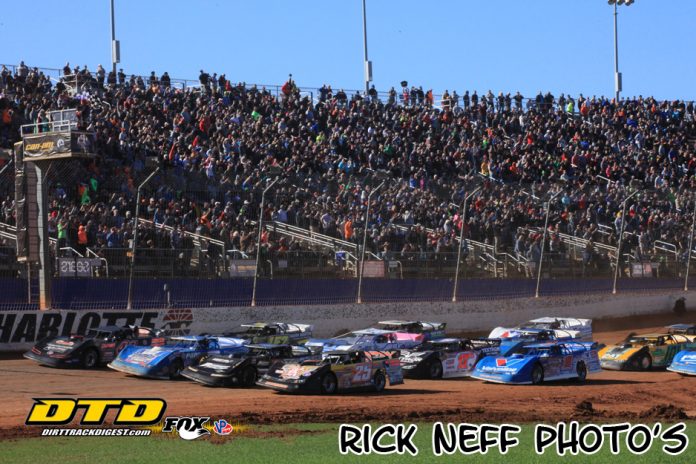 CONCORD, NC — The World of Outlaws Craftsman Late Model Series 2019 tour will span 47 races at 36 total tracks in 16 states and includes nine new venues to the schedule, shown below.

The season kicks off on Feb. 8-9 with the Winter Freeze IX at the Screven Motorsports Complex for a two-night show in Sylvania, GA before heading down to Volusia Speedway Park in Barberville, FL for the 48th Annual DIRTcar Nationals, Feb. 13-16. Four straight nights of racing alongside the Super DIRTcar Series will showcase a 50-lap, $10,000-to-win feature event each night, with each driver’s best two finishes being counted towards their season points total.

Several of the multi-day destination events were announced last month (click here to see them), now the full picture of the 2019 season has come into focus.

From Florida, the Series invades Tennessee for a huge weekend, where it will compete March 8 at Duck River Raceway Park in Lewisburg, TN for the first time since 2017 followed by the Tennessee Tipoff at Smoky Mountain Speedway on March 9.

Following the Illini 100 in April, the month of May features seven race nights, with the Outlaws visiting Muskingum County Speedway for the first time since 2010, where 2007 Series Champion Steve Francis picked up the win. Then, fast forward to the end of May and the Series caps off the month at a track never before tamed by the Outlaws – Cochran Motor Speedway in Cochran, GA.


The new track trend continues the very next night, June 1 at Lancaster Speedway in Lancaster, SC. This will really throw the Outlaws a curveball, as it’s not often the teams see unchartered territory in back-to-back nights. June features six race nights, including the three-day, $30,000-to-win Firecracker and the third consecutive year where the Outlaws will take on the Summer Nationals stars at Terre Haute Action Track and Federated Auto Parts Raceway @ I-55.

An 11-race month of July, highlighted by the Prairie Dirt Classic, kicks off Independence Day weekend on July 5 at the appropriately-named Independence Motor Speedway in Independence, IA. The month will also feature two tracks brand-new to the Series in Wisconsin – July 9 at ABC Raceway in Ashland and July 14 at Red Cedar Speedway in Menomonie.

August features nine race nights, beginning with the $50,000-to-win USA Nationals at Cedar Lake Speedway in New Richmond, WI and finishes out with visits to the I-96 Speedway in Lake Odessa, MI, for the first time since 2014, and Sharon Speedway for the inaugural Battle at the Border in Hartford, OH. After this final Midwest swing, the stretch run to the championship winds through New York, Pennsylvania, South Carolina and Tennessee before concluding with the World of Outlaws World Finals presented by Can-Am championship weekend at The Dirt Track at Charlotte.

“The schedule in 2019 will feature traditional venues and new tracks,” Series Director Matt Curl said. “Our trend toward monthly destination events continues to grow while we also build on highly competitive races from Georgia to North Dakota, Missouri to New York. As we saw this past season, the battle for the championship will be intense and we expect it to go down to the wire once again in Charlotte.”

For all the 2019 season updates, make sure to check out our Twitter and Facebook. And new in 2019, watch every race live on DIRTVision.com to get all of the storylines before coming out to watch the Outlaws at your home track!