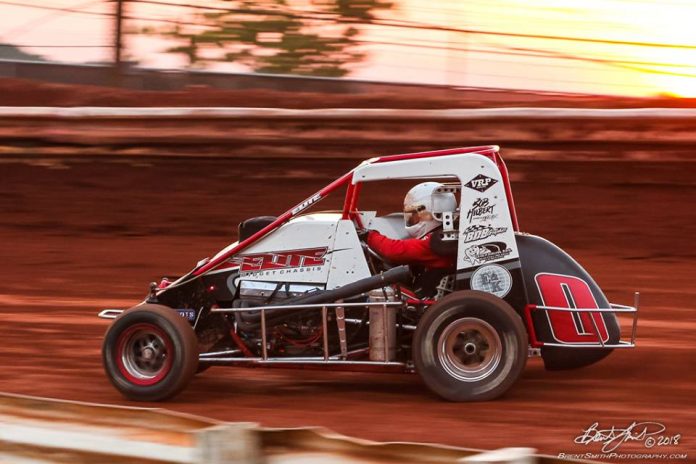 Most drivers will tell you that running the annual Chili Bowl in Tulsa, Okla., is a bucket list event. No matter what division, where they are from, everyone wants their chance ts the famed Golden Driller trophy. Lucas Oil Empire Super Sprint regular Billy VanInwegen is no different.

In 2019, he’ll get his chance thanks to long-time friend Steve Buckwalter, Elite Chassis and a host of his sponsors.

“He gave me a call about a month ago to find out if I’d be interested and things like that,” commented VanInwegen. “I’m really fortunate to have some great supporters who helped me make this deal happen. So we are going to go out there and give it a shot.”

This won’t VanInwegen’s first trip to the Chili Bowl, but it’s first as a driver. He’s been there in the past as a crew member for another friend Ryan Smith. Incidentally, it’s through Smith how he got to know Buckwalter.

“I’ve been out there a few times to help out Ryan Smith and to check the deal out,” stated the Sparrowbush, N.Y., driver. “He drove for Steve a couple years in a row. That’s actually how I got to meet him and the whole family. I’m really looking forward to working with Steve and learning from all of his experiences.”

VanInwegen knows it will be no easy task competing at the Chili Bowl with over 300 drivers vying for a spot in Saturday night’s A-Main. His only prior experience in anything like a Midget was when he ran the SpeedSTR Tour back in 2009 and 2010. Although going in blind, he’s seen the success that Northeast drivers have had at the event. He’s hoping to have a little of his own.

“I just want to have a good showing,” mentioned VanInwegen. “There is a lot of luck involved with this deal. I’ve never actually driven a midget. It is something new for me. A lot of our Northeast guys normally do pretty good. I’d have to say the main goal for me is to just make the A-Main on my qualifying night. If I could pull that off and put in a good showing I’d be really happy.”