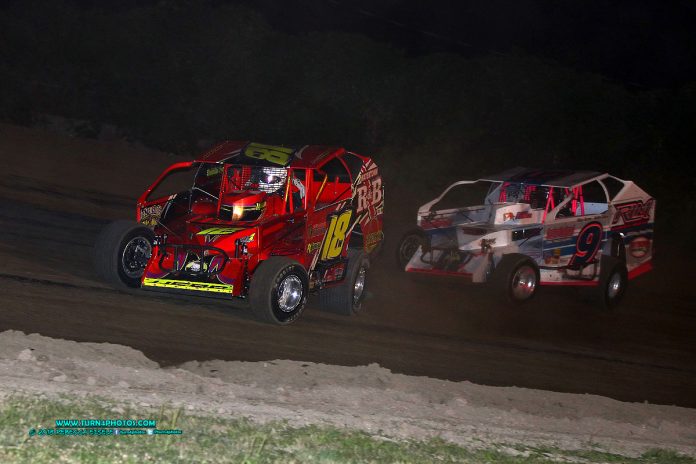 LAFARGEVILLE, NY – Motorsports fans in Northern New York and Southeastern Ontario received an early Christmas present recently when Can Am Speedway unveiled a tentative 2019 schedule on its social media platforms.

As in past seasons, the majority of the track’s events will be run Friday nights, but there are also several special event dates on the calendar. The year gets rolling with a bang – Saturday, April 13th – as the Super DIRTcar Big Block Modified tour – along with $1000 to win Sportsman-Modified and 4 cylinder main events – returns to the Lafargeville, New York venue with the $10,000 to win Thunder in the Thousand Islands 100. Second year track owner/promoter Tyler Bartlett says its exciting to have the Big Block opener in the north country.

“Our team has worked hard to put together a winning line-up for next year and our Facebook and Twitter feeds have been buzzing since we made the schedule announcement,” Tyler Bartlett said. “This promises to be a big year for the Big Block Modified tour, with some big money up for grabs and it’ll be great to have all of the sport’s marquee names here at Can Am to kick-off our 2019 season.”


“There’ll be plenty of excitement throughout the year at Can Am,” Bartlett continued. “Sprint car fans will get their fix 3 times in 2019, with ESS also on the program Friday, August 9th and during the opening night of the Showdown in September season finale weekend Friday, September 6th.”

Fans can also watch the open practice session for all divisions, followed by the Billy Dunn Driving School – with free spectator grandstand admission, from 10:00 ‘til dark – Saturday, April 20th. For complete schedule details, along with the latest Can Am Speedway news and information, be sure to visit www.racecanam.com or check the track’s Facebook and Twitter social media platforms.