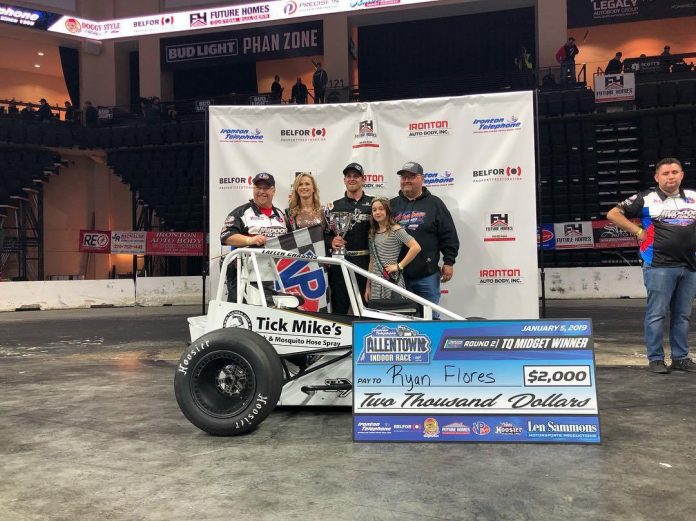 Flores was accompanied by his wife and 17 month old daughter to post race celebrations.

“Jimmy Blewett, who has worked on my car for years, made a bunch of changes on the car between Friday and Saturday and it paid off,” Flores said.

Andy Jankowiak came back from an overnight motor change and a mid-race penalty to finish sixth with Ryan Tidman, Tyler Thompson, like Jankowiak rebounding from a penalty, early race leader Reinhardt, and Justin Bonsignore who finished tenth.

Slingshot prelims went to Mertz, Lapicki and Silfee with the B Main by Anthony Raisner.