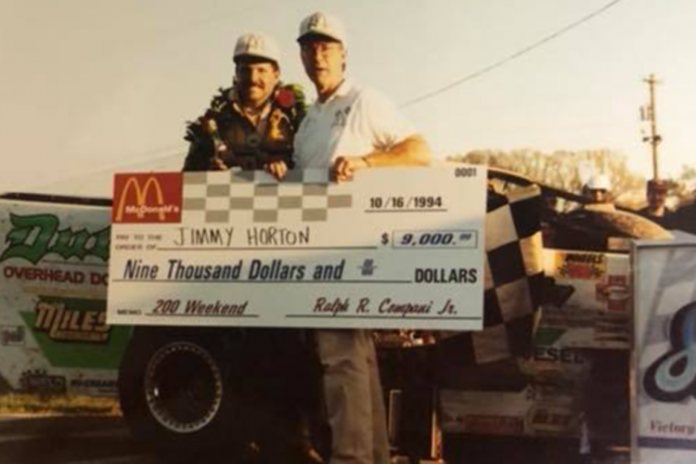 Looking back at 2018 the racing community gave honor to a veteran racer as Bob Vedder of Schoharie retired after 51 years in racing. Bob recounted the year recently on his Facebook page saying that he was both surprised and honored. The year began in January with the New York State Stock Car Association Dedication to Racing award in memory of Harry Peek, later in the year Bob was honored with induction into both Fonda and Glen Ridge Hall of Fames.

The management of Fonda Speedway changed hands in the Fall of 2018 when Brett Deyo of BD Motorsports took the reins from Pete Demitraszek who had been in the seat for three years. As soon as Deyo and his team took over things began to happen and information on the 2019 season began to pour onto social media sites. Just this past week announcement came that the returning Fonda 200 will pay $53,000 to win. Along with the change in the winner’s share the preliminary base payout total of $78,675 announced in December will grow even larger with adjustments throughout the field according to information coming out of Fonda. A restructured total purse will be released later in the off-season.

You all know we have great interest in the history of the sport and have much information on Fonda’s history. This past summer when Fonda along with Tommy Spencer honored Brian Hanaburgh who owned several McDonald’s in the area and was a big supporter of Fonda, with a special mid-week event we pulled out this photo to have for that night. Brian passed away this past year and we knew we had several photos of his time at Fonda as a sponsor. Now we can look at the photo once again and see that when Jimmy Horton of New Jersey won the McDonald’s 200 in 1994 it paid $9000 win.

After 17 years of its absence, this season Brett Deyo and crew are bringing back the 200-lap event in September and it will pay $53,000 to win. You do the math, that’s quite an increase. People also know we were friends with Ed Feuz, Fonda’s first promoter, who brought the winner’s share, on Saturday nights, to $1000 in the 1970’s. What do you think he would think of this?


Another great deal announced by Fonda this past week is the special deal on season pit passes; buy four Fonda season pit passes and get one free or by eight and get two free. The deal is valid only until January 31st.

BD Motorsports had their STSS Night of Champions award banquet this past weekend and Series official Angela Hanson received the Contribution to the Series Award. She traveled from her home in Johnstown, N.Y., to every series event in addition to many events at Georgetown Speedway, where she handled registration and lineups. Also announced at the banquet was that two of the series event will be nationally televised on MAV-TV; the Firecracker 50 at Fonda Speedway on July 3rd and the Blast at the Beach from Georgetown, Delaware on August 27th. In other news with a local flavor, Glen Ridge announced that Dan Haslun has signed on for the new social media adventure this season. Dan will be the on-air personality on race days. He will be roaming the pits, and doing some fun things to be highlighted on the glen Ridge social media outlets. Dan will be giving views from the backstretch VIP Lounge, watching timing and scoring in action and going Facebook LIVE for questions and answer sessions with drivers and fans. Dan is a dedicated young man who loves racing and we need young people in this sport, more that just behind the wheel.

Lyle Devore, promoter at Albany Saratoga was voted Eastern Region Promoter of the Year by his fellow promoters. Lyle will receive his award at the annual RPM Daytona Workshop at the Hilton Daytona Beach Oceanfront Resort in Daytona Beach, Florida on February 12th.
Brett Hearn announced this past week that his Big Show 11 will pay $11,111 to the winner. The race is scheduled for June 25th at Albany Saratoga.

Other news on a big upcoming season is the 100th Anniversary Celebration event at Orange County Fair Speedway on August 15, 16 & 17 in Middletown, N. Y. A lot of big things have been happening at OCFS so we would look for some big announcements regarding this event in the future.

Racers always find a reason to get together during the off season and Pro Stock driver Ivan Joslin already has his plans made for his baked ziti dinner on February 16th at the Glen Volunteer Fire Department in Fultonville, NY. The event will include a Chinese auction, 50/50 and door prizes. Cost is $10, BYOB (alcohol)

This week in Daytona Beach was the “Roar Before the 24” giving race teams the chance to practice on the road course at Daytona International Speedway and fans the opportunity to get up close with the drivers and cars of the Rolex 24 Hours at Daytona event to be held the end of the month on January 24-27 when the teams roll back into town from all over the world.

As we sit in Daytona Beach we look forward to racing and the 24 Hours at Daytona and then to Volusia Speedway in Barberville for the DIRTcar Nationals on February 5-16. Along with the DIRTcar Nationals we get to see many of our friends from up north. Until next time please send all news and/or comments to biittig@yahoo.com