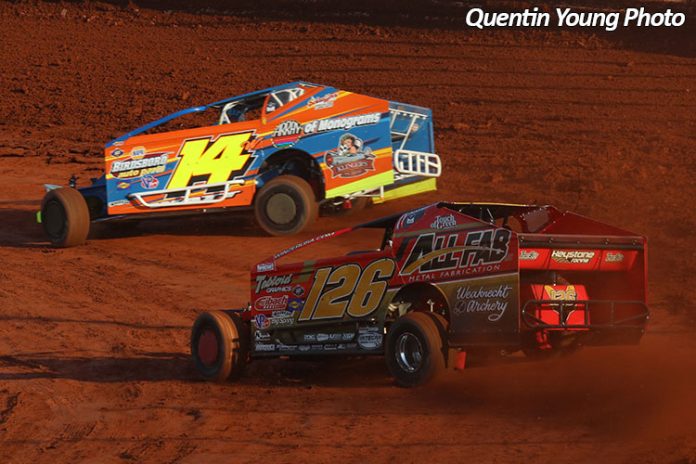 The STSS Modified circuit features a nine-race North Region paying a minimum of $12,500 to its champion. The eight-race South Region rewards its titlist with $10,000.

The home-track American Racer Cup presented By Sunoco offers the overall Modified titlist $10,000-plus based on their 10 best finishes at their regular weekly facility.

For the second consecutive season, Sunoco Race Fuels and distributor Insinger Performance of Dushore, Pa., have returned to offer a $25,000 cash bonus to a driver sweeping all three titles. The $25,000 bonus coupled with the previous $32,500 in point fund money equals the massive $57,500.

A secondary $10,000 cash bonus is available if one driver wins the STSS North or South title and the American Racer Cup championship.

“With a single remarkable season, one driver could take home $57,500 cash,” STSS organizer Brett Deyo said. “It’s a huge, but attainable goal that not only brings excitement to our series, but to all of the American Racer Cup home tracks. The quest for this ‘Grand Championship’ will be fun for race fans to track along with us through the summer.”