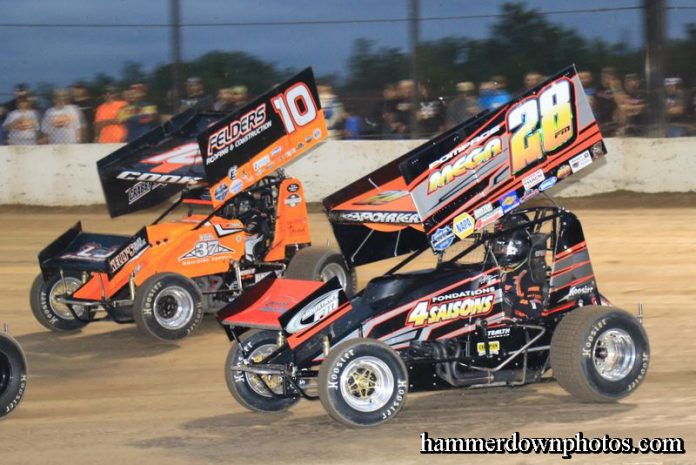 SYRACUSE, NY – In a relationship that now has expanded to 11 consecutive years, Lucas Oil has returned to be the title sponsor for the Empire Super Sprints in 2019. The Lucas Oil Empire Super Sprints (ESS) will be celebrating it’s 36th Anniversary and having the Corona, California based lubricant company aboard once again lets it be known that there will be a good point fund awaiting the teams at the end of the season.

“We are so grateful that Lucas has chosen to back us each year after year,” noted ESS President, Chuck Miller, “They’re not just our title sponsor, but they have been family to us. Not only do they make our point fund very lucrative, but they also hand out a large supply of their top products to each team as well at the annual awards banquet. We can’t thank them enough.”

Last year Steve Poirier captured a record tying eighth ESS championship. A few seasons ago he surpassed Mike Woodring as the all-time winningest driver in ESS history and next year he will return in hopes to be the all-time Championship winning driver as well, toping Wooding in that feat as well.

This year’s schedule has 30 full point shows at some of the best dirt tracks in the Northeastern United States as well as Ontario and Quebec, Canada. All events will pay a minimum of $2,000 to win with many specials paying even more than that.


Forrest and Charlotte started Lucas Oil Products with the simple philosophy of producing only the best line of lubricants and additives available anywhere. Since its inception, Lucas has steadfastly adhered to this corporate objective. Through innovative product research and development, along with aggressive marketing programs, Lucas has established itself as a top selling additive line in the American truck stop industry.

Lucas is also one of the fastest growing additive lines in the consumer automotive industry. A premium line of oils, greases and problem solving additives has helped to firmly establish Lucas as a prominent figure in this marketplace. For all the latest information, please log on to https://lucasoil.com/

The tour kicks off on Friday night, April 19th at the Outlaw Speedway where the 25 lap A-Main will pay a cool $3,000 to win, and all winds up at Brockville Ontario Speedway on Saturday, Oct. 19th with another exciting $3,000 to win event.

Lucas Oil and the Empire Super Sprints, a pairing for 11 consecutive years producing some of the best 360 sprint car racing in two countries. Once again, it will be excitement guaranteed!