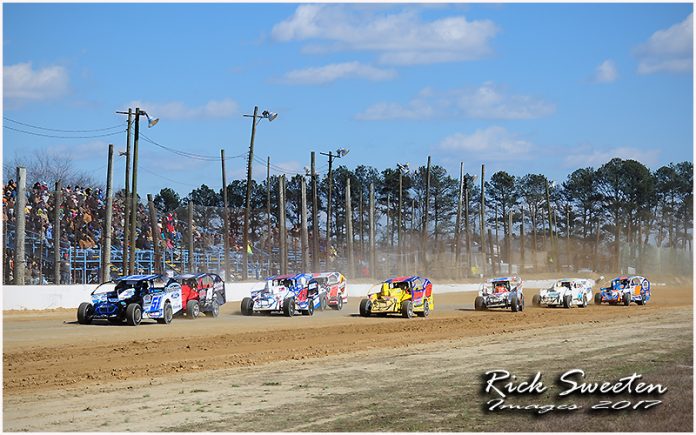 GEORGETOWN, DE – A pioneer of NASCAR racing and one of the sport’s most beloved figures – Bobby Allison – will serve as the Grand Marshal for the Melvin L. Joseph Memorial at Georgetown Speedway.

The record states that Allison has 84 career victories in NASCAR’s top level. It has been argued that it should be 85 in an intriguing story that involves Joseph’s trademark No. 49.

During the 1971 season, NASCAR was struggling to fill fields in its large 48-event Grand National season due to reduced funding from the automobile companies in Detroit. In an effort to attract cars, officials allowed Grand American Series ‘pony cars’ such as the Chevrolet Camaro, Ford Mustang and AMC Javelin to compete against the larger Grand National Series cars including the Chevrolet Chevelle, Ford Torino Talladega, Dodge Charger Daytona and Plymouth Roadrunner Superbird.

On August 6, 1971 at Bowman Gray Stadium in Winston Salem, N.C., Allison opted to drive Melvin Joseph’s Grand American 1970 Ford Mustang. Ultimately, Allison crossed the checkered flag first in the Myers Brothers 250 but, since he was not racing in a Grand National car, he never received credit by NASCAR in that series.


Allison remained a close friend of Joseph, the builder of Dover International Speedway in addition to Georgetown, through his passing. To this day, he stays in touch with the Joseph family, often viewing the NASCAR events at Dover from the Melvin L. Joseph Companies suite.

Allison will be available to meet fans in the grandstand from 3-4 p.m. and will offer some memories and thoughts to the crowd prior to the start of racing.

Complete race information will be released in the coming days.