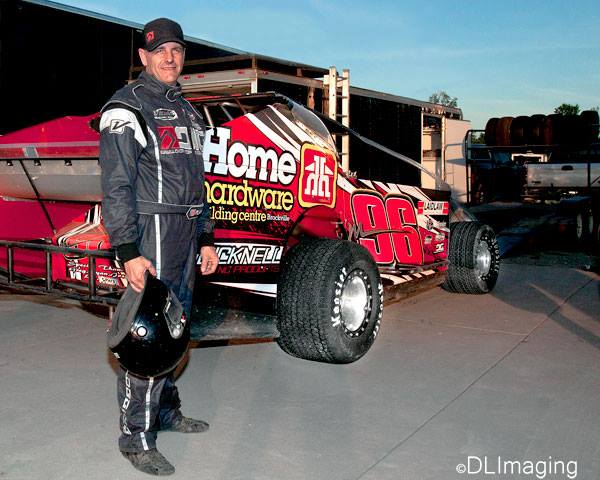 It’s been several years since Dale Planck has been a regular competitor on the Modified circuit in Central New York. The former standout driver has spent the last several seasons working as a consultant for the family business Dig Race Products. Planck has offered guidance, driving tips, setup knowledge and much more during that period.

That won’t change in 2019, but there will be an addition to his schedule. Planck has been offered the opportunity by car owner Eric Miller to compete weekly on Saturday nights at the Fulton Speedway in the DIRTcar 358-Modified division while assisting Eric’s son AJ Miller who will compete in the Sportsman ranks.

The 48-year-old driver sits near the top of the all-time wins list at the Fulton Speedway making it the logical choice for a return to weekly racing. Planck has a new LJL Kevlar engine which will be bolted into Bicknell Racing Products chassis.

“Eric came to me and offered me the chance to race and consult,” stated Planck. “I’m only racing a little bit on Saturday nights. I’m not going to stop doing what I’ve been doing. This is an extension of that. He got me a new Kevlar Engine and a Bicknell Racecar. How could I say no to that?”


As for Miller, putting Planck in one of his cars was an easy decision.  The families have become close over the last few years.  They’ve logged many miles on the road together.

“This is a deal where it’s no pressure,” mentioned Miller.  “He can come out and race on Saturday nights.  He’s been like family.  We’ve spent all summer on the road nearly twice a week the last year.  Dale, his wife and son are good people.  I’m excited to have the opportunity to do some racing with him.”

The main reason that the Cortland, N.Y., driver decided to return to the seat is to help the company. He feels like this is an opportunity to gather even more information for the Miller team while also doing some research for Dig Race Products.

“I think this will be good for Dig Race Products,” mentioned Planck. “I’ll actually be racing on our shocks and we’ll be able to do more testing and things with Dig knowing that I’ll be behind the wheel nearly every Saturday night. We are looking to make this a win-win situation for everybody.”

Like Planck, Miller is equally excited about having Planck in one of his cars to benefit both parties.  Planck will be able to help their future 358 Modified program while also giving him a chance to benefit his business.

“We each have our own goals in mind,” commented Miller.  “We are going to build a notebook for our 358 program while also focusing on helping Dig Racing Products.  He and Brandon (Planck) have done so much with me and AJ so we wanted to put something together. I wouldn’t do anything to hurt AJ and his race program, but this is a chance to get some good feedback and good notes for him.  It’s a mutual help between us.  He gets to get in the seat and I know he can perform.  I think it’s a win for all of us.”

Joining Miller in the Dig Race Products family is the team of John and Madison Mulder that competes weekly at the Mohawk International Raceway as well as Steve Deinhardt who races at Penn Can Speedway on Friday nights. They join a host of other drivers that Planck works with on a regular basis. That will continue. Planck will spend his Friday nights in the pits helping those drivers while working with Miller on Saturdays and some Sundays with the goal making each of them better.

“Our goal with all of this is to make Dig Race Products better,” stated Planck. “We feel like this could benefit everybody we have a relationship with. I’m not looking to come back and race full-time. Looking at the big picture, we feel that this could help our customers even more and that’s what is important. I’ll still be in the pits every weekend working with our drivers to help them improve.”

The team has support from Pioneer Window Manufacturing Corporation, NH Kelman, STR Trailer Repair, Bill Lake Modular Homes and the Winner’s Circle Restaurant.  Planck and the team are set to make their debut with his No. 77x at the Fulton Speedway in early May for the DIRTcar 358-Modified division season opener at the Oswego County oval.

As part of the deal, AJ will also have the chance to compete in the 358-Modfiied a handful of times at the Utica-Rome Speedway.  They’ll change over the body panels to put his 14J on the car.  This will allow him to get some seat-time in the car.

“I think by rule he can only run six races or so,” stated Miller.  “We are going to make some starts at Utica. We want to get him acclimated to the car and get him used to the power difference.”

It will be a busy season for the Miller racing team, but adding the small-block to the program with Planck behind the wheel should give them a nice head start for when AJ is ready to make the move to the next level.