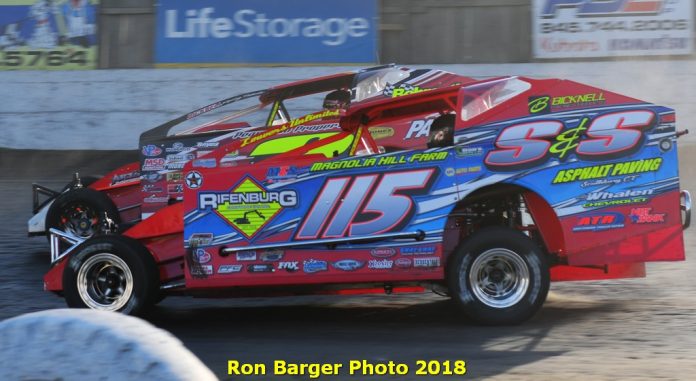 MIDDLETOWN, NY – With $11,919 up for grabs to win the 50-lap main event, drivers from across the Northeast have circled Sunday, April 7 at Orange County Fair Speedway on their calendars.

The event kicks off the ’19 championship battle in the Halmar International-sponsored STSS North Region, which will again reward the title winner with a handsome $12,500 for nine races.

The first OCFS ‘Hard Clay Open’ entry has reached the STSS offices and it comes from Hall of Fame driver Kenny Tremont of West Sand Lake, N.Y. Tremont will bring the familiar No. 115 to the five-eighths-mile oval in search of the big payday against what is certain to be a talent-laden field of competitors.

Joining the STSS Modifieds on the OCFS docket are Crate 602 Sportsman, running under the speedway’s weekly rules, for $1,000 to win. A quick-hitting, two-division open wheel doubleheader is on the agenda.

For those unable to attend the ‘Hard Clay Open’ in person, the event will be broadcast live by www.DirtTrackDigest.tv.