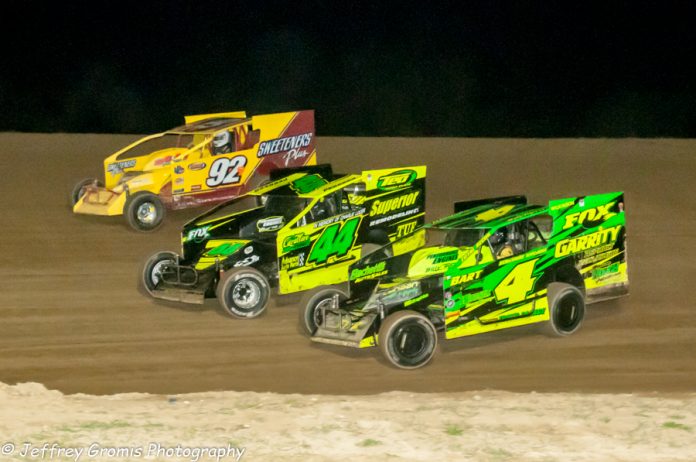 This year, Perrego wants to put his name on the championship trophy.

The 24-year-old driver placed second in the ‘15 STSS Velocita-USA South Region to Ryan Watt, was one spot short of the crown to Andy Bachetti in the ’17 Halmar International North Region and then played the bridesmaid to Decker by just two markers last year.

No doubt, Perrego is one of the most successful drivers since the inception of the STSS in 2014, with five top-five point finishes and five victories at three different tracks (N.Y.’s Accord and Thunder Mountain and Del.’s Georgetown).


Perrego hopes to add to his Short Track Super Series resume in ’19.

For the nine-race North Region, which kicks off on Sunday, April 7 at N.Y.’s Orange County Fair Speedway, Perrego will again be at the controls of Brian Smith’s Superior Remodeling No. 44 Teo-Pro cars, having Billy the Kid big-block and open small-block power at his disposal.

In the South Region, with a total of eight races, a new opportunity has arisen. Delmarva resident Gary Simpson will provide a pair of No. 12 Teo-Pro cars outfitted with Pro Power-built open small-block engines. Perrego’s debut in the Simpson equipment is set for Georgetown Speedway’s Melvin L. Joseph Memorial March 15-16.

The second-generation talent is stocked with race cars for his runs at the $12,500 North Region title and $10,000 South Region top prize.

“Brian (Smith) is 100-percent behind me,” Perrego said. “But he is a (New York City) firefighter and needs to get his hours in, so it’s tough for him to do the North and the South Regions with time off. Gary’s car will be ready for all the South Region races except New Egypt (N.J., on May 23) because Brian can make that one.

“This takes a little pressure off the 44 team and gives us enough equipment to chase both championships.”