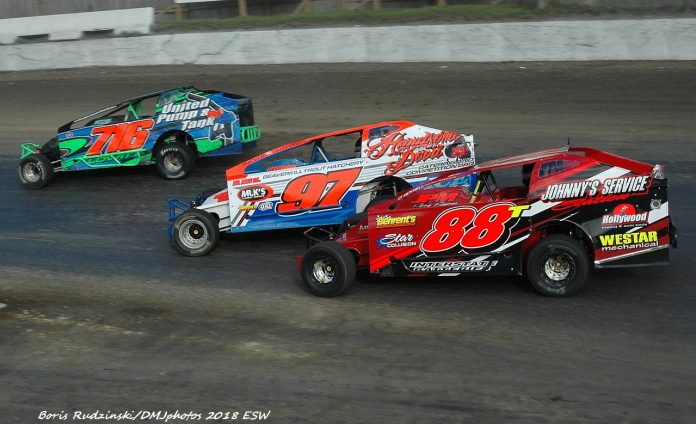 MIDDLETOWN, NY – For their historic 100th Anniversary Season, Orange County Fair Speedway (OCFS) is offering northeast dirt racing’s most robust purse structure ever. A driver’s “Purse” is the amount of prize money they are paid for their finish. For years, OCFS has already offered some of the sport’s largest purse structures, but their new managing body, Orange Motorsports and Entertainment, felt that the 100 year old speedway’s dedicated competitors deserved more in 2019.

OCFS competitors race weekly for championship points to determine a track champion by season’s end. Drivers will also receive a check for their season points finish, with the 1st place Big Block Champion now receiving an unprecedented $40,000. The “Points Fund” as it is known, has not only increased the payout to Big Blocks, but Small Blocks ($15,000 to the champion), Sportsman ($5,000 to the champion) and Street Stocks ($2,500 to the champion) as well.

On top of their new weekly purse structure, OCFS has also announced a handful of special events with their own impressive purse structures. April 13th’s season opener will pay $7,100 to the Big Block Modified winner in honor of OCFS Legend, Carl “Fuzzy” Van Horn, who famously piloted the no.71e car. May 11th’s “The Devil Made Us Do It 666,” July 18th’s “Battle of the Midway 100” and July 13th’s Tony Stewart’s All-Star Circuit of Sprints will all feature special higher purses and of course the August 15th-17th Centennial Race Weekend will pay out a whopping $100,000 to the winner, as previously announced.

With such significant increases to their purse structures, OCFS anticipates higher car counts at every race of the season, featuring the northeast’s most talented drivers. For a full breakdown of 2019 OCFS purse structures visit https://orangecountyfairspeedway.net/2019-points-structure/