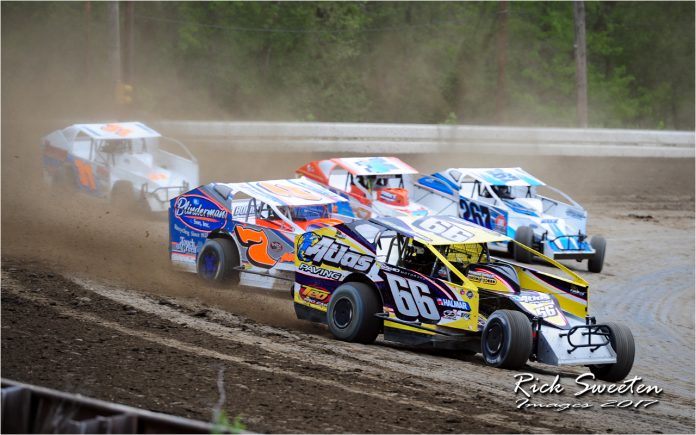 BRIDGEPORT, NJ – It has never been a secret that a buyer was being sought for the Bridgeport Speedway.

Following the death of Doug Hoffman, Ramey brought together Keith Hoffman, Dave Adams and Danny Serrano to form a management team to oversee the operation of the track, starting with the 2013 racing season. Kolby Ramey, Brian’s son, and later his daughter, Hali, became integral members of the team that would bring in the Bridgeport Speedway into the forefront of dirt track racing in the tri-state area.

It was Ramey’s intent to show that the Bridgeport Speedway could be successfully run as a race track and then to attract a new owner.

Rose is no stranger to area racing. A former racer in Modifieds, midgets and SpeedSTRs, Rose has been the co-owner of the Action Track USA at the Kutztown Fairgrounds since 2013 when Richie Tobias took on the quarter mile dirt track to return professional style racing to the Reading, PA area. Rose has played a major role in the success of that operation and will bring his experience to the three tracks that make up the Bridgeport Speedway.

“Through my own business, I’ve always believed that if you plan properly, then you stand a chance to succeed,” Ramey told those in attendance. And that’s exactly what Ramey has planned with the transition with Rose. Rose will work with Ramey and the Bridgeport team throughout the 2019 season as he learns the ins and outs of the management of the Bridgeport Speedway and then Rose will assume ownership in 2020. The Ramey family will remain involved until their support is no longer needed.

It is the intent to move forward and make Bridgeport “bigger and better than its been.”

“I really don’t haven’t made any specific plans so far,” Rose related. “I want to see how everything is run. What’s attracted me to Bridgeport is its infrastructure and the way that it’s been managed and run. There is a strong foundation here.”

“The Modifieds are where my background lies,” Rose explained. “But with the Action Track, I’ve had the chance to work with those divisions. I feel that the 600s and Slingshots are the future of auto racing. I think the two tracks can really work well together. That’s the goal – to grow both!”

Rose and his wife, Brittany, will begin this new venture as the 2019 season quickly approaches. “She is just as much a part of this as I am,” Rose added.

We are Bridgeport, the only track in New Jersey to offer Big Block Modifieds; we are committed to maintaining a safe, fun, family atmosphere creating life-lasting memories of excitement.