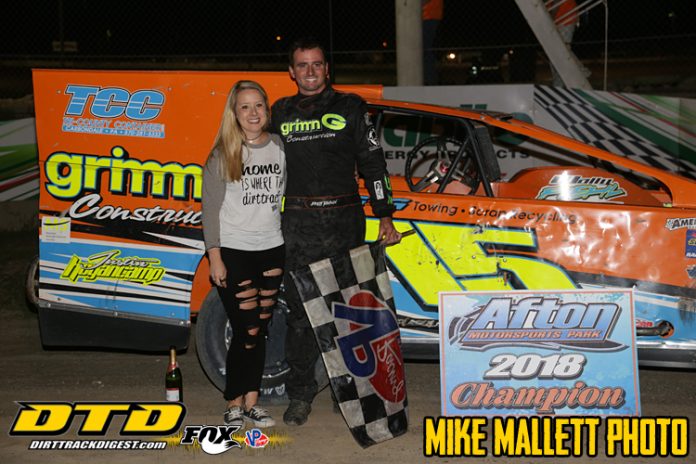 The road trip this past weekend took Delores and I to the Sunshine Plaza just off Route 315 in Plains, Pa for the second edition of Speed Sport Showcase. The show was the second production by the trio set of promoters of the show of Tony Frable, Bryan Chase and Nick Petrilak and the first at the larger location. Anthracite Auto and Pick-A-Part also returned as the major supporter for the show. For all the other sponsors of the show or sponsors of the pageant I will leave to whomever will be doing their press release for the show.

The hall was full of close to seventy of a variety of race and custom cars. There were cars that compete on dirt, asphalt from microd to Modified and just about everything in between. There was even a car for the folks that race in a straight line at the drag strips. Many speedways were in attendance and was up from the first show. On hand were Afton Motorsports Park, (A.M.P.) Thunder Mountain Speedway (T.M.S.), Five Mile Point Speedway and Penn Can Speedway representing the full-size cars that race on the dirt tracks. The abbreviated ones I will be writing about later and this saves space and my two typing fingers. Two full-size tracks for the larger asphalt cars were there and they were Evergreen Speedway and Bethel Motor Speedway. There were quarter midget tracks represented by West End Quarter Midget Racing Association, Pocono Quarter Midget Raceway and Lehigh Valley Quarter Midget Racing Club. Mt. Cobb Speedway, an RC Racing group plus full-size Sprint Cars and a Sprint Car organization which was the Patriot Sprint Tour.

Many activities were planned for the weekend at the show for the young and old alike. Here is list of what I knew about and if I missed one of the activities please accept my apologies. There was actual RC Racing going on just off of the main floor and a vendor there for folks to pay to race the RC cars. A trivia contest on Sunday was held, a Moc-A-Tek booth showing old videos and plenty of the old magazines and many folks talking and reminiscing there the two days of the show. The two highly anticipated shows were held Saturday afternoon with the Penn Can Reunion being held and then at night it was the second addition of Ms. Speed Sport Showcase pageant with twelve contestants trying to win the coveted crown.

The Penn Can Reunion was a big hit and had many attendees either there to speak with Craig Hawley who was the Emcee of this affair or were there to listen to the speakers. After a small glitch with the amp the staff got it straightened out and the show went on. Former racer’s, employee’s and fans of the speedway had a chance to talk. I enjoyed listening to many that were there to speak and getting to talk to some of them myself. I also enjoyed speaking to the attendees about some of my experience at the track during my tenure there. When Hawley asked what keeps me doing announcing week to week and keep going back it was a simple answer. I look at it like the drivers do, it is such an adrenaline rush and watching for the unknown. Thank you all for allowing me to share.


A highly energized crowd was on hand for the Ms. Speed Sport Showcase Pageant presented by Billie Wech Cosmetics and the $1000.00 winner’s check.  It was produced by Tiffany Tyres Promotions. Courtney Harrison of WNEP channel 16 Emceed the huge affair. The twelve contestants showed professionalism and grace and the entire show was held with class. Congratulations to all on a job well done. The winner who will wear the crown for a year and represent the Speed Sport Showcase at many race events throughout the year was Jenny Shotz of Flemington, New Jersey.

Before moving on I want to say congratulations to all the winners in the many different categories. The two that I want to mention is the Best in Show presented by the Longstreet Family in remembrance of my good friend Dick Longstreet. That winner was the Modified (77) of Jeff Crambo. The other to mention is the winner of the small car award from the folks at Speed Sport Showcase and that is T.M.S. regular (8) Doug Windhausen.

Now on to the three driver’s that I interviewed for some information to pass on to you fine readers were Brett Tonkin, Jamie Cortizar and Shayne Spoonhower. The choice is that they were the ones that I haven’t done yet from one of the two tracks that I am associated with. When I visit any other track throughout the year then I will report on the happenings there.

Both tracks had three cars that compete at their speedway. The one car of Mike Stoddard (S/360) IMCA Modified who has made it to all three shows for A.M.P. also this time was able to represent T.M.S too as the booths were side by side at this show. Stoddard, I did an interview at the Syracuse car show so I did the two cars at the A.M.P. booth that were showing for the first time. The T.M.S. booth besides Stoddard had the 600cc machine of Doug Windhausen (8) who I also did at the Syracuse show and for the first time Shayne Spoonhower (#34) so that I will get to also. Here we go.

Brett Tonkin (15) resides in Carbondale, Pa., with his beautiful wife Danielle. The two recently married after the 2018-race-season so we all can call them newlyweds. Tonkin is 34-years-old and makes his living working at G&G Towing and Scrap Recycling a family owned business.

The race car for this season is a new chassis from the fine folks at Hig-Fab. The car will have small-block power under the hood from Morrison Performance. Sponsorship for the season comes from Grimm Construction, G&G Towing and Scrap Recycling, Greg Page Construction, (TCC) Tri County Recycling, Tonkin Fabrication, A&A Auto Parts and two new ones for this season. Creek to Peak, Wear your Adventure the slogan of this wearing apparel company located in Wyoming. The other new one is Coal Brook Self Storage. Crew on this hotrod will come from Garth Sr., Joe Ferraro, Tom Earyes.

The race-season will see Tonkin racing at A.M.P. and running the North Series of the very popular Short Track Super Series. Tonkin is the defending track champion and also has a second one their back in 2014. He would love to grab a good ride for someone on Saturday night as it is too tough to accomplish on your own and keep yourself and crew fresh. Note here to owners looking for a very talented racer and one that will take care of your equipment on the track well look no further than right here.

History of Mr. Tonkin racing other than the before mentioned two track championships at A.M.P. He has 22 feature wins in his 18 years behind the wheel. Five were back in his Sportsman days and 17 in the Modified division. The first Modified win came at the Penn Can Speedway back in 2009 which is one of his career highlights. Another highlight was in 2011 when he won the most features in any season and that was four again at the Penn Can Speedway. Tonkin says his biggest highlight came at Five Mile Point Speedway with the $5000.00 to win American Racer Cup event. The low point in his racing he believes was the entire 2017-racing-season as him and the crew just struggled all year long to get going.

Next up is Jamie Cortazar (121) out of Throop, Pa., who is coming back to racing after a three-year hiatus as he followed his daughters Travel Ball. Cortazar is married to a lovely lady Lori and they have four children, Jessica, Kelsey, Jaime Lee, and Krista. Cortazar is fifty-three years old and works at Nivert Metal.

The car which he has had parked IS A Bicknell chassis and has a 602 GM Crate motor for competition at A.M.P. Sponsorship for this season on this L&J Motorsports entry comes from G&G Towing and Scrap Recycling, Vogel Race Design, RRP Speedshop, Coal Brook Self Storage and Bicknell Racing Products. The Jr. crew on the car consist of EJ, Patton and Cole. Big crew comes from James Sr., Kelsey, Lori, Bud, Mark, Jamie Lee, Krystal, Jessica, and the Tonkin crew.

Cortazar Racing to date goes like this; He has raced for 23 years and has three wins with the first back in 2003 with an Open Sportsman at Penn Can Speedway which is a career highlight. The low point was the year he went Modified racing and the motor blew up at Penn Can ending the dream of Modified racing. Cortazar goes into this year’s racing with a goal of finishing in the top ten in points at A.M.P. and to get to a couple of DIRTcar shows.

Now let’s get to the good-looking red hotrod in the Thunder Mountain Speedway booth belonging to Shayne Spoonhower (#34). The car that Shayne had on display might not see the track this season as the other car at home will be used at T.M.S. The number is Hashtag 34 as I told him in my day the symbol stood for number or pound. Shayne said to call it the pound car and I might once in a while.

Let us meet Shayne Spoonhower; Shayne is 21-years-old and lives in Berkshire, N.Y., and is employed by Precision Pipeline. His Grandfather Karl and Grandmother Patsi are the owners of the speedway that Karl built and held the first race in 1992. The General Managers at the track now are his Dad and Mom Karl Jr., and Sara. Shayne has a beautiful fiancé Marissa who supports his racing enthusiasm and an October wedding is on the docket. Congratulations to you both on that!

The race-car will be a Modified for his rookie season in this very competitive division with quite an influx of drivers in this division making the Saturday night hotspot home this season. Sponsorship comes from Spoonhower Construction, Powderworth, Forkey Fabrication and Construction, G&J Homes and Prestige Spray Foam. Crew for the car comes from Louis and whomever is at the track. The car is a 2015 Teo with small block power.

Racing Credentials; The start of the season will be his fifth-season and so far, has quite a resume started. He started in the Rookie division on the Mountain in 2015 where he won the championship and garnered ten feature wins along the way. To date Spoonhower has 16 feature wins as he has six more in the Crate Sportsman division. I asked him about his highlight to this point and he said beating his Uncle Bill last season. The lows he tries to forget and concentrate on the good which is a great theory to use for sure. The interest was pretty obvious from grandfather building the track and a couple of uncles racing he has always been around it. The goal for his rookie Modified season is to be in the top ten in points and to finish all the races. If he does the latter, the first I believe will fall into place. Good luck on this new endeavor.