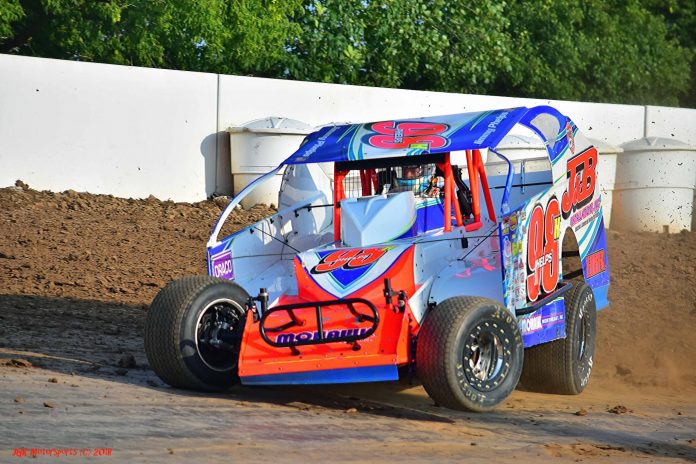 WEEDSPORT, NY – Weedsport Speedway once again boasts one of the most diverse racing schedules in all of the country and they will also provide one of the most diverse national television lineups as well, as SPEED SPORT and MAVTV return to The Port for eight shows in 2019 featuring the Super DIRTcar Series Big Blocks, USAC Sprint Cars, RUSH Late Models, ESS Sprints and the all-new Weedsport Kartway.

Once again, all eight events will be shot, edited, and produced in their entirety by the Weedsport Productions team based in Weedsport, NY.

“We’re excited to see our television partnership between Weedsport Productions, SPEED SPORT and MAVTV continue to grow,” said Weedsport Speedway promoter, Jimmy Phelps.  “Bringing our brand of racing to viewers across the country is an important part of our model at Weedsport.  Being able to bring Modifieds, Sprint Cars, Late Models and now Karts to our fan base is surely unique and something we take great pride in.”

Coverage will begin with the May 27 Heroes Remembered 100 for the Super DIRTcar Series Big Blocks with two more SDS shows being covered including the July 28 Hall of Fame 100 and the September 2 Labor Day 100.

The much-anticipated return of the USAC Sprint Car tour will be a part of the lineup when they hit The Port on June 16 alongside the Stirling Lubricants/Champion Racing Oil Modifieds.


This combination of events will bring a total of four Big Block Modified events to viewers across the country.

“We wanted to be sure to make Modified racing the main artery of our coverage this season,” said Phelps.  “Being able to plan on four televised Modified events at Weedsport will hopefully help our teams to be able to build a platform with advertisers and supporters.”

The RUSH Late Model tour will join the ranks on July 2 with the ESS Sprint Cars finishing Weedsport Speedway’s television lineup on September 2 for the 360 Sprint Car Open.

The eighth and final Weedsport event on SPEED SPORT and MAVTV will be the $2,000 to win Clone Heavy karting event as part of Octoberfest II at the all-new Weedsport Kartway on September 29.

All events will be tape delayed.  Air dates for all eight shows will be announced when they are available.

MAVTV is now available in HD on DIRECTV and also on Fios by Verizon.  Check your local listings for other availability.

Promotional opportunities are available within each of the Weedsport Speedway broadcasts in 2019. Those interested in a deck of opportunities are asked to please call (315) 834-3067 or e-mail Bret Moses at bret@weedsportproductions.com.