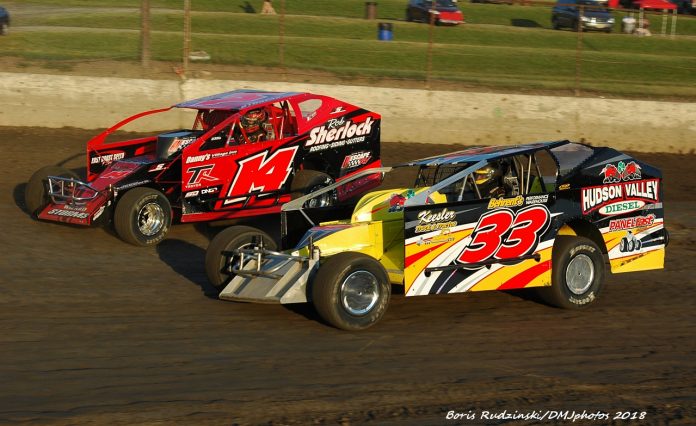 MIDDLETOWN, NY – While the Saturday, April 13 Opening Night marks the 70th consecutive year of weekly stock car racing at Orange County Fair Speedway, the track’s history dates back to 1857 when it was first laid out for horse racing. The first automobile race on the Middletown, New York oval took place on August 15, 1919, when Jim Benedict, of Katonah, New York, drove a Duesenberg Special to victory.


That would change in 1950. Mark April 15, 1950 as the first official weekly stock car race meet at Orange County. Tex Enright, who gained more fame as a race track starter, won the feature that night. Russ Dodd, who posted seven feature wins in 1950, was the first stock car champion.

Adult admission to Orange County Fair Speedway weekly races is $20, with children 10 and under $5.00. There is a $1.00 car fee for the Drive-In section. The first 1,000 fans through the gates on opening night will receive a Carl Van Horn commemorative souvenir. A special program with pictures and stories of Van Horn’s racing career will be available as well. Before and after the races, fans can enjoy free live music at the 31st Lap Tavern. And as a special prize, the 1,500th admission on April 13 will receive two passes for the August 100th Anniversary Weekend.

Advance and season ticket sales and additional information is available at the Track Office. Call 845-342-2573 during business hours. Fans and competitors are reminded to visit the speedway website for the latest track news: www.orangecountyfairspeedway.net.