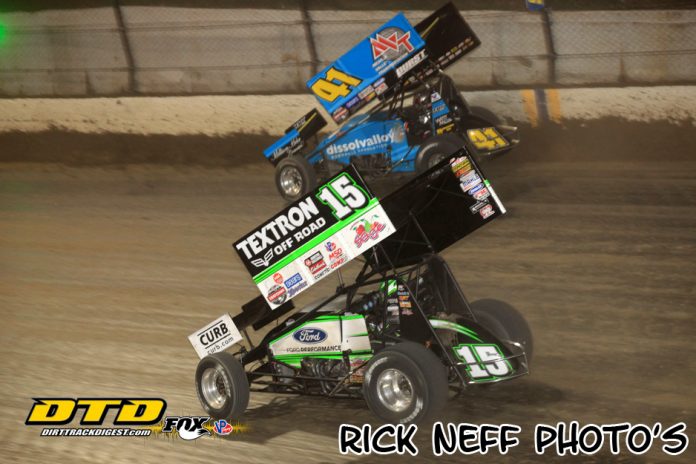 ROSSBURG, OH – With three weeks remaining before the beginning of the 2019 season, Eldora Speedway officials today confirmed 13 of its marquee event dates for the 2020 calendar of events.

The announcement coincided with the release of the 2020 NASCAR Gander Outdoors Truck Series Schedule.

The 26th running of the Dirt Late Model Dream, the original $100,000-to-win race, will be contested Thursday-Friday-Saturday, June 4-5-6, 2020. Full racing programs will be contested on both Thursday and Friday night to seed Saturday’s event.

For the eighth year, Eldora will play host to the only NASCAR National Series event contested on dirt and will be held in primetime on Thursday, July 30, 2020. The Eldora Dirt Derby will be the only standalone mid-week event on the 2020 NASCAR schedule.

The 50th World 100 Weekend – The Biggest Dirt Race In The World™ – is held the first Saturday following Labor Day and 2020 continues the tradition. On-track activity for the weekend will begin Thursday, September 10, 2020 and followed by another full racing program on Friday, September 11, 2020. The 50th annual World 100 paying $53,000-to-win to dirt racing’s most coveted prize will be held Saturday, September 12, 2020.

Tickets for all 2019 events, including the season opener featuring the Sunoco American Late Models, NRA Sprint Invaders, DIRTcar Modifieds and Eldora Stocks on Saturday, April 27 are available now at www.EldoraSpeedway.com and by phone at (937) 338-3815.