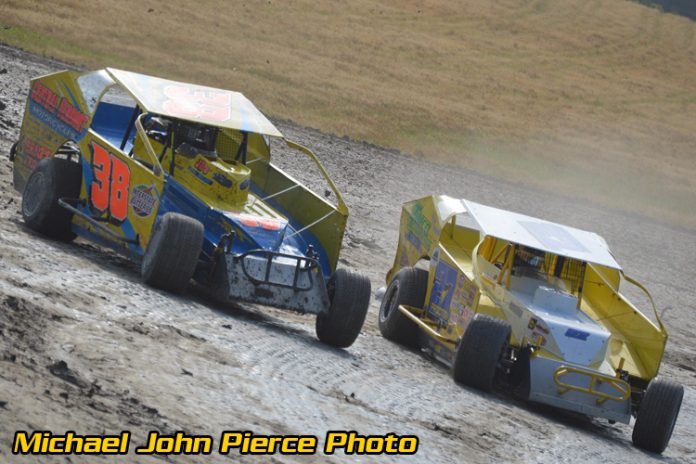 WEST HAVEN, VT – The King of Dirt Racing Series is moving forward. An eventful week saw the Northeast-based dirt track stock car racing organization announce a change in ownership, followed less than 24 hours later by the news that three of its four participating race tracks had cancelled their agreements to host the series. The group has no intentions of folding, however, and is already making new plans for 2019 and beyond.

New King of Dirt Racing Series (KOD) owner Mike Bruno is committed to the drivers, racing teams, fans, and sponsors that have supported the series founded by Rob Hazer, and KOD expects to announce a reconfigured schedule soon. Bruno remains optimistic despite the hurdles and says that KOD will have a solid program in 2019.

“There’s no question that this has been a challenging week, but I’m a positive thinker,” Bruno said. “We certainly did not anticipate losing six races, but we’re already working on new plans. The Crate Modified race teams will still have a great schedule with high-profile events at Devil’s Bowl Speedway, and we have started speaking with some other promoters about additional races at their facilities.”

Bruno said that while change is inevitable for 2019, he is optimistic that some adjustments to the KOD model will result in a bright future. Bruno recently met with Lyle DeVore at Lebanon Valley Speedway and says that progress was made; DeVore is the promoter at Albany-Saratoga and works with promoter Howard Commander at Lebanon Valley.


“I had a very good meeting with Lyle on Tuesday, and we found some common ground and shook hands,” Bruno said. “There were some concerns regarding the sale of KOD, but Lyle and I have been friends for 30 years and we want to continue to work together. Albany-Saratoga and Lebanon Valley have been important tracks for KOD, and after speaking together I’m hopeful for a return in the future.”